Facts about poker chips, poker tournaments and everything poker!


Poker is one of the most played card games across the globe. With a history of more than 200 years, Poker has evolved with the course of time and has a colourful repertoire too! While we previously got you facts about Poker champion Dan Bilzerian, it’s time for Poker!

A game of Poker lasted for eight years?

The Bird Cage Theatre in Arizona claims to have been home to the longest ever poker game. Reportedly, the game began in 1881 and was played continuously for twenty-four hours a day for eight years, five months, and three days. According to the theatre the players were all well-known personalities and the minimum buy in was $1000 and as much as $10,000,000 changed hands during the marathon game. Some of the players in that game including famous Old West figures Doc Holliday, Bat Masterson, Diamond Jim Brady, George Hearst, and Adolphus Busch. 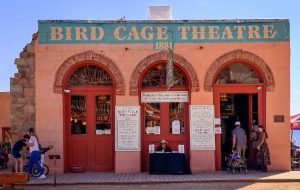 Poker chips: How? What? When?

During the beginning, poker was played for gold nuggets, gold coins and even gold dust. It was hard to standardize units due to this and hence the need for a standard unit came into place. This is when gaming houses came up with the idea of poker chips. Poker chips used to be made of ivory, bone, clay and wood back in the day. The Poker chips used to have designs on it to depict its value. The coins could be exchanged for real money right at the gaming house just like how it works in casinos nowadays. Here’s a video that will teach you some fun poker chip tricks :