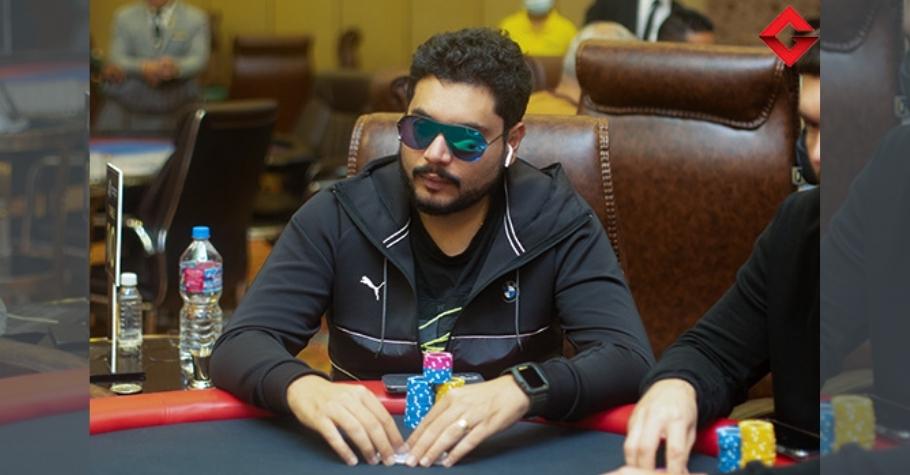 
Spartan Poker pro Zarvan Tumboli is currently grinding in  the World Poker Tour (WPT) World Championship at Wynn in Las Vegas. And as usual, he is actively updating his followers about the games he’s playing and his whereabouts in Sin City.

Tumboli’s latest update on Instagram states that he finished 38th in the Bounty Turbo event. The event had a total of 368 entries and the player topping the field will get to take home an impressive $4,136,000 up top. His 38th place finish is his first cash of the series. Additionally, he also cashed $1,500 by claiming three bounties.

He shared a series of stories on his Instagram handle, which included a picture of his bustout slip along with the caption that read, “38th of 368. 80k uptop uhhh. Nevertheless, 1st cash of the series and three bounties worth 1.5k.” (sic.) 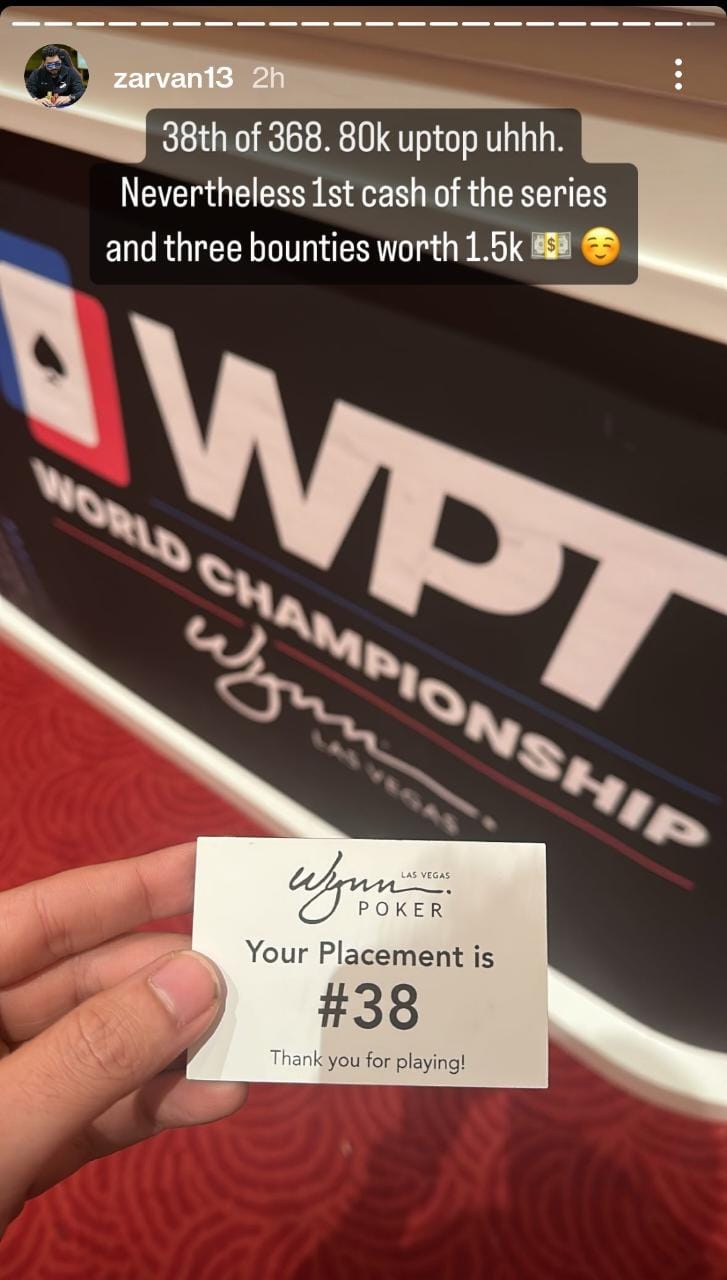 The Mumbai-based pro also played the WPT Main, however busted early in the event. Post that he moved to the Bounty Turbo event. It was a swingy game for the pro, however, he managed to run pretty deep in the tournament. 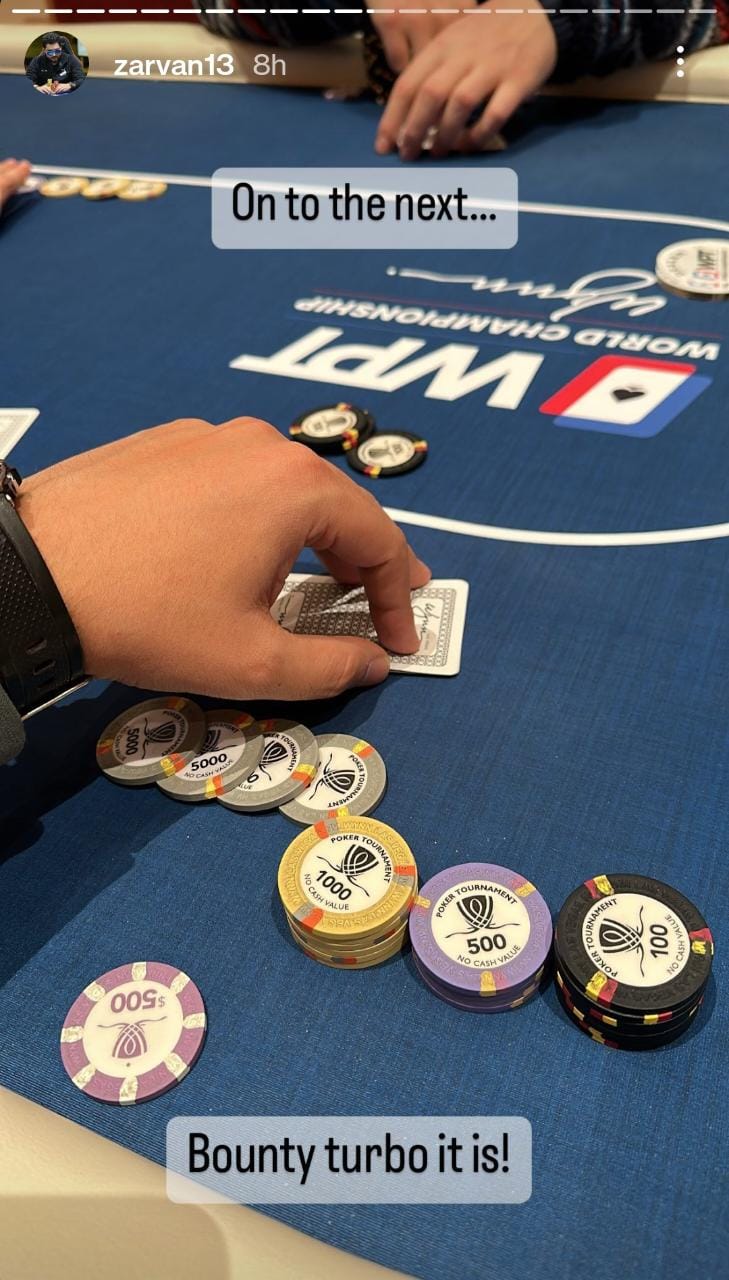 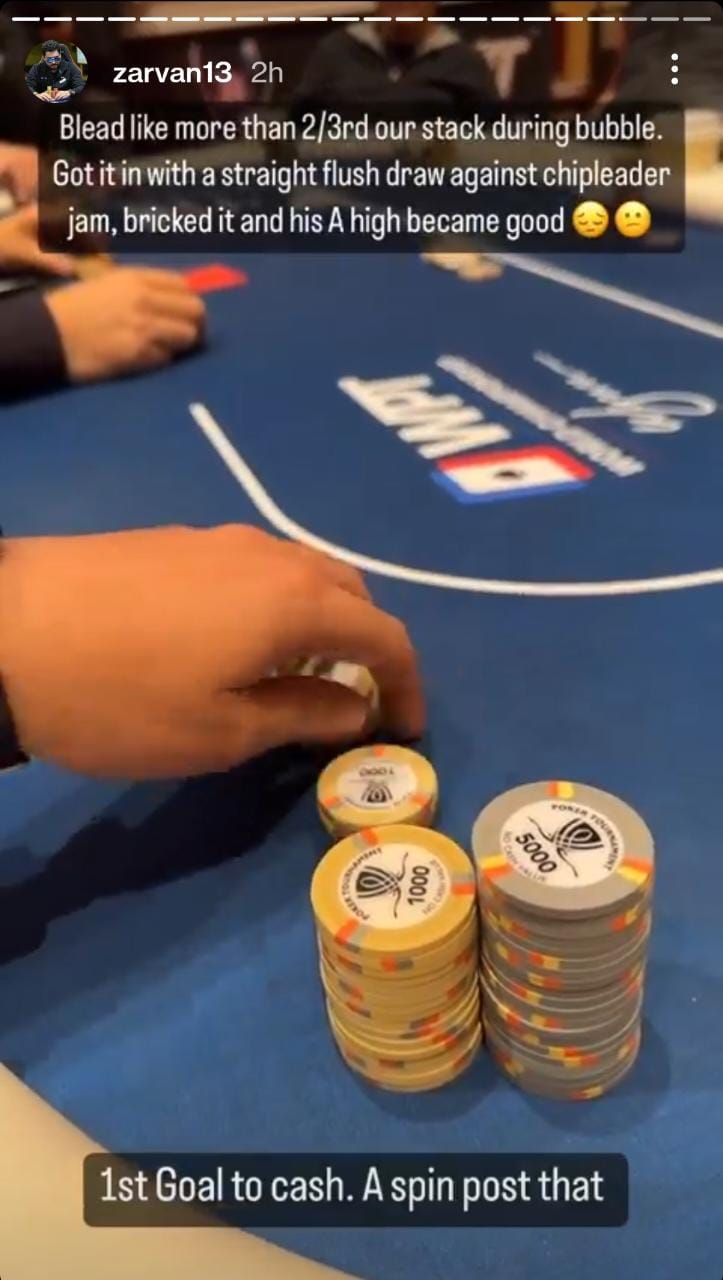 He also shared a photo of Dave Bwenas Spade who was seated on the same table. “With this sicko.” 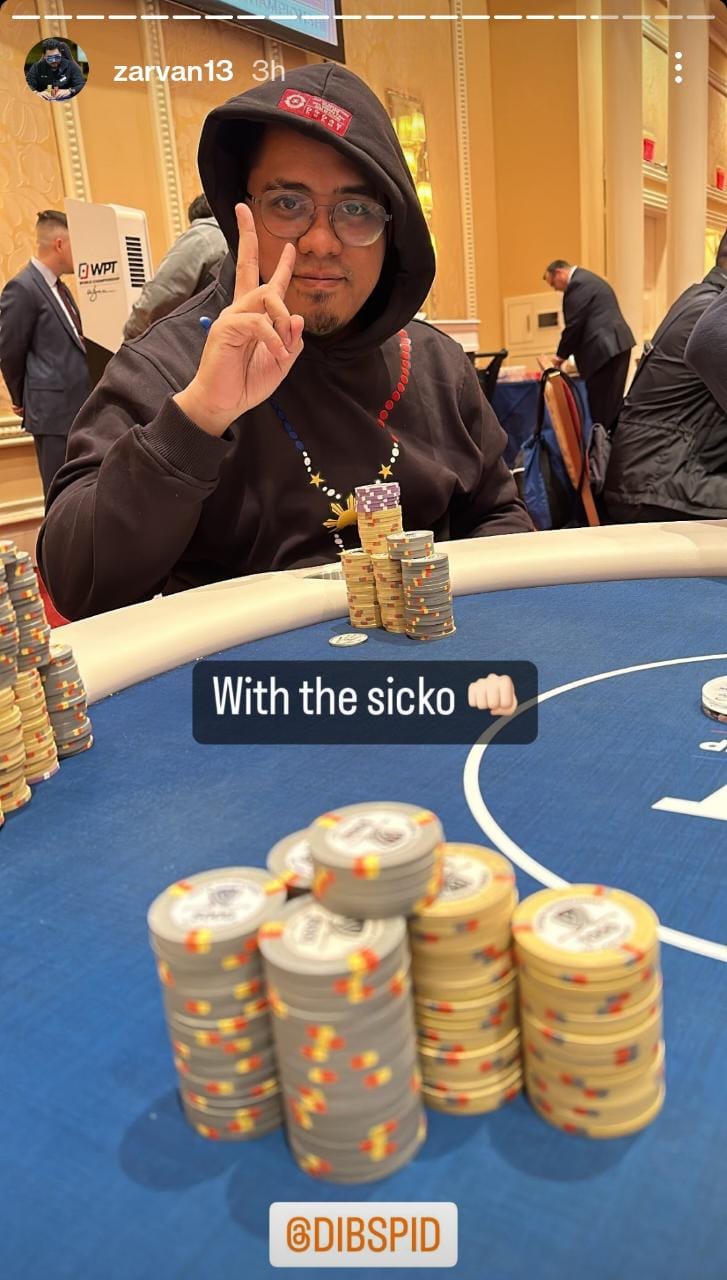 Tumboli also shared an interesting incident on his table during the game. The dealer at one of the tables he was seated on was an 83-year old woman. The Parsi boy made sure to applaud the woman for her dedication towards the game. “She is 83 years old and her passion is poker and hence she loves dealing. Respect,” (sic) the Spartan Poker pro wrote. 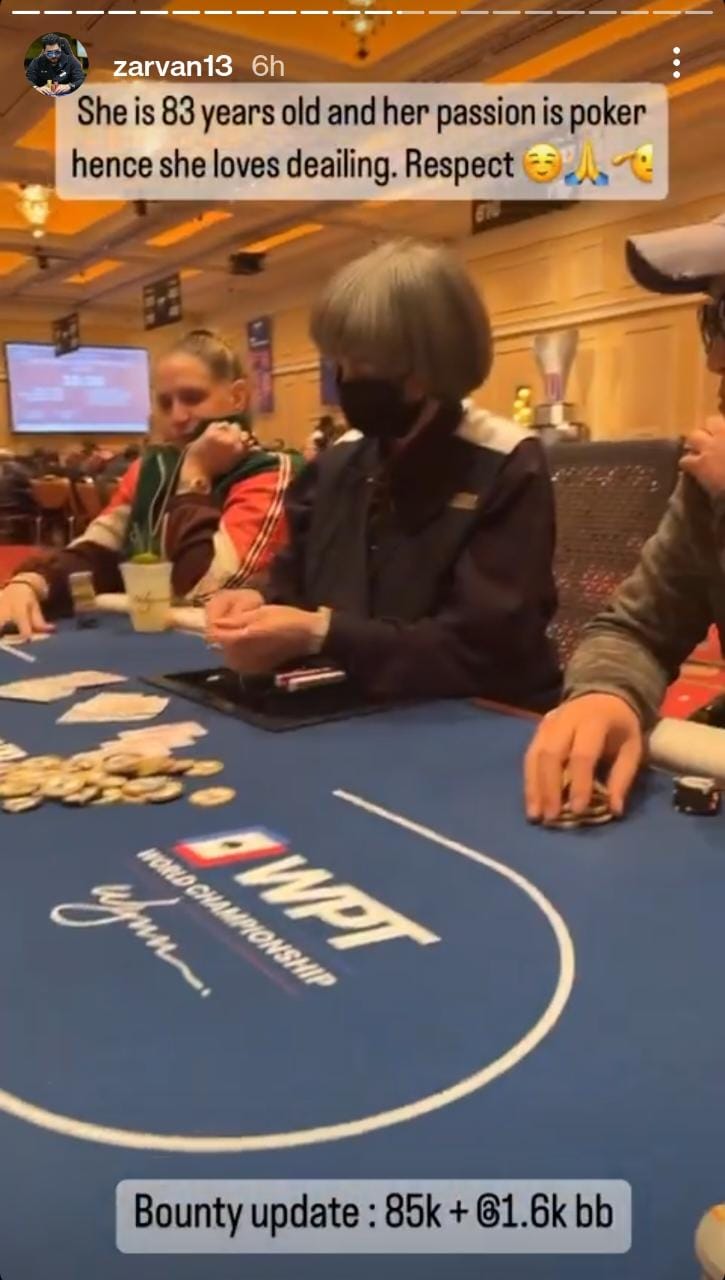 Tumboli is having a good time in Vegas while grinding at the series. He has been enjoying some good food and other attractions around Wynn Las Vegas. The WPT Prime Vietnam Main Event winner, earlier shared that he was humbled by the fact that he was playing the biggest event of his career, the $10,400 Main, with some of the legends of the poker world including Phil Hellmuth, Brian Rast, Scott Ball, Michael Mizrachi among others. He also shared a selfie with Scotty Nguyen a couple of days ago, and one with Phil Ivey today.

We wish Tumboli all the very best for the series! 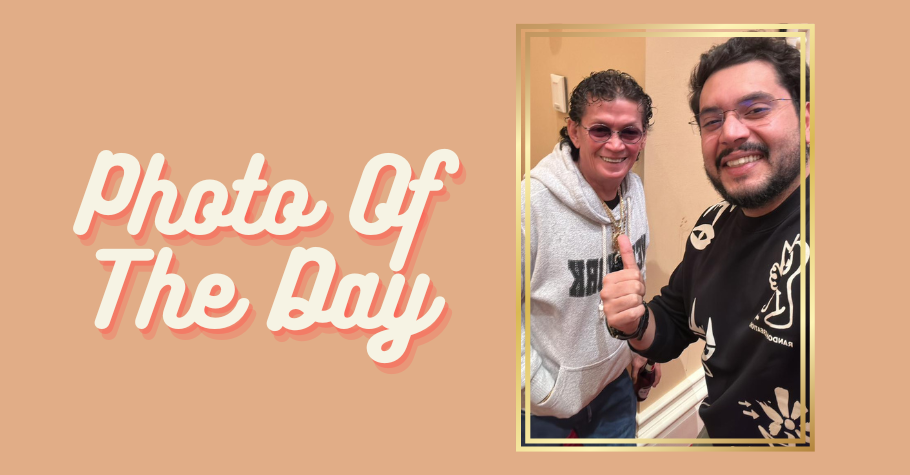 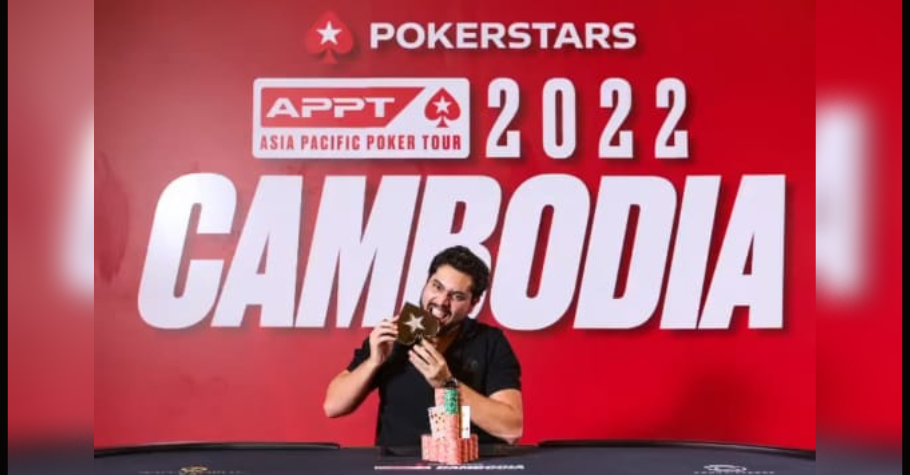 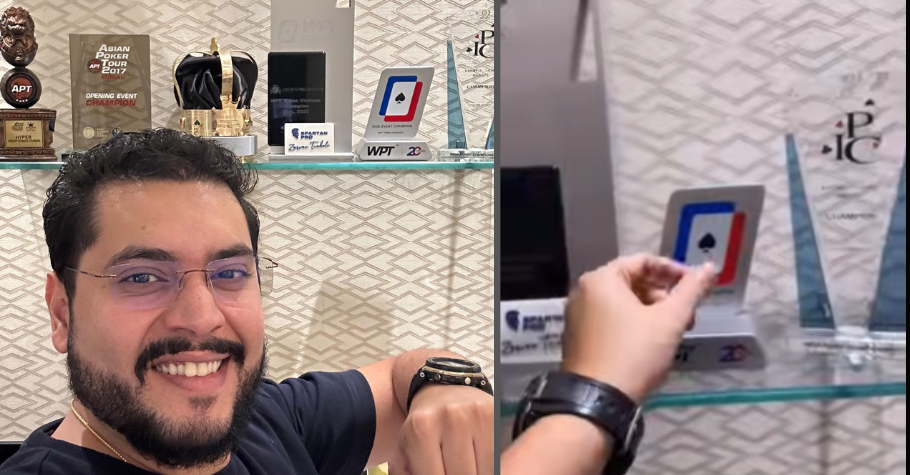