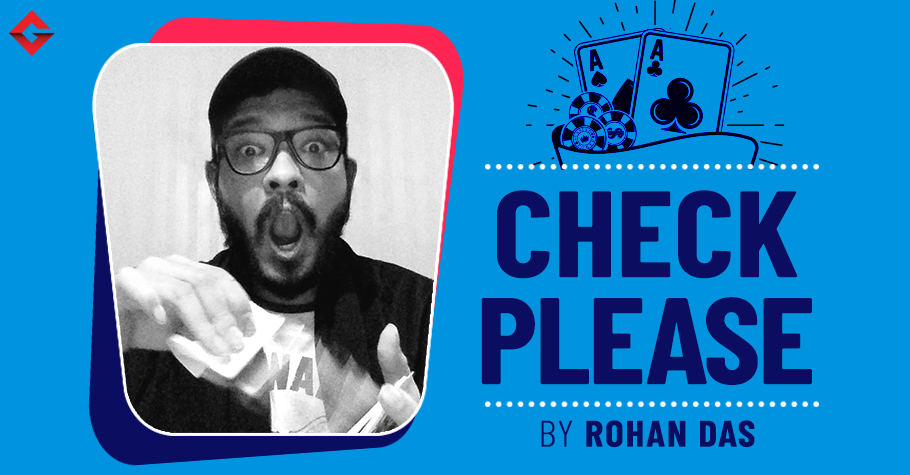 Tips For When You First Start Playing Poker


Ever since I started writing this column a few weeks ago and recounted my Poker journey, I’ve gotten a lot of messages and comments from friends telling me about how they want to learn more about the game but don’t know where to start and quite honestly it’s been very heartening to see so many people wanting to take up Poker.

I do have something in the works for those newbies to whom the game is completely alien and will share more details on that as and when I can. But today’s tips and tricks are for those players who are a little bit more than novices but still aren’t very experienced.

There are things that you sometimes may not keep in mind when you start playing and I thought I should address these this time around. Some of these errors I’ve seen at close quarters more than once, and I’m guilty of a few of these myself.

While most of these tips apply to both online and live Poker, some are more suited to the latter as that’s ideally how people have their first Poker experiences.

Look, when you’re first starting out, there are a lot of nuances about the game that you may not be totally aware of. And you would be doing both yourself and your wallet a huge favour by playing as few hands as possible because you don’t want to end up in a spot where you’re put to a decision for a huge chunk of your chips and not know what the best move would be in that situation. So, for the first few sessions you play, you’ll be spending a lot of time just observing hands being played out.

In a situation like this, it helps to be playing with a group of friends who can both keep you occupied and entertained, and explain to you what went down in a hand that recently played out. This will also help you understand how you could have played a hand differently or what you could have done better. For me personally, the social aspect of live Poker has always been a big draw and it has helped me make deeper bonds with some of my friends than I would have without this game.

As you continue to progress, you will find yourself in situations where you won’t know a majority of players at the table and everyone’s objective then will be to have as many of the chips in play in front of them, so it helps to plug any early leaks in your game so that you can possibly be the one walking out of a session as the big winner.

Know Where You Are & Wait Your Turn

No, I don’t mean your actual physical location – though it’s always a good idea to know how you’re getting back home after a game!

Always make sure you’re aware of what your position is with respect to the Dealer button. This changes with every passing hand and the Dealer is the last person to act. So it helps to know where you’re seated in relation to this. As you learn more about the game you will come to realise that this position is important when making some decisions.

Knowing your position and waiting for your turn to act makes for an overall better experience for everyone. In case you haven’t been paying attention and take some time to realise that it’s your turn only to fold can rub some players the wrong way. Show too much excitement and act early out of turn can signal to other players that you have a strong hand and can affect their decision to play and can also rob you of potential value from your hand.

Bonus tip: Insist on making sure that everyone’s cards and the deck are visible at all times. This will help you to know how many players are still in the hand and how many opponents you are up against in future rounds of betting. This also helps to ensure that players don’t get the opportunity to act cheeky, if you know what I mean.

This is a rule in casinos but sometimes gets forgotten in friendly home games. I know I’ve advised you to initially start playing with friends, but at the end of the day this game does involve money and you don’t want to spoil relations with anyone over that, so as far as possible always make sure that you’re playing with cash up front.

I’ve heard plenty and more stories about how someone won or lost a certain amount of money but it’s all been on paper and no cash actually exchanged hands and that’s left a bitter taste in a lot of people’s mouths. I know of a few regular home games that disbanded and people getting a bad reputation because of this.

The best practice is to make sure everyone pays up before they buy in to the game, but there will be situations where that might not always be the case. We do live in a world of e-wallets and online payments now so it isn’t that big of a deal, but my advice to you is that make sure that you’re carrying whatever your upper limit is with you and always put up the cash every time you buy in. Even if you lose, it’ll help in making sure that you don’t go completely bonkers and spend more than you can afford.

Another thing is that while you may be magnanimous towards another player and say that you can settle later, they might not extend the same courtesy to you. So try to keep it cash on top as much as possible.

A couple of good sessions doesn’t mean that you’re a good poker player. That kind of thinking will only set you up for a ton of frustration later.

Try to dedicate as much time as you can from your schedule to study the game. There are plenty of great videos and articles out there that talk about various strategies and concepts that you may not be familiar with when you’re first starting out and if you base your ‘expertise’ in the game only off of one or two sessions then you’re doing yourself a huge disservice. I’ve been around the game for as long as I have and there are concepts that I still don’t understand.

Also, when you’re playing with a regular group, you will definitely notice some tendencies that the other players have and over the course of time will help your decision making process a lot easier. But that is only limited to that table and that group of friends. The dynamics will change when you play with a different set of people and that’s where your study will pay off. The best players in the world didn’t get to where they are today because of a few lucky breaks here and there. They’ve put in years of study and played millions of hands and that’s how they’ve managed to sustain successful Poker careers.

Stay In Your Lane

This builds on my previous point. If you’ve picked a particular stake, then stick to it. Just because you’ve done well in a few recent sessions doesn’t mean you jump to higher stakes immediately. That again is very myopic thinking.

When you move up in stakes, you will be playing against players who are more experienced at playing at those levels than you are. They will be more used to making certain decisions while you’re still adjusting. Until and unless you don’t have a significant sample size and are consistently doing well at a particular stake, do not move up.

This is also where bankroll management comes into play. If you are a business, your poker bankroll is your capital. You don’t want to overextend yourself only to crash and burn later. A rule of thumb is that you should have a bankroll of at least 20 buy-ins when playing a particular stake. If you go lower than that, move down in stakes to build both your bankroll and your confidence back up.

None of what I’ve said here should be set in stone. These are my observations from the past few years of being around poker but everyone’s different and I’m sure there are things that some of you may have disagreed with. For any new poker players, in case there’s anything specific that you’d like me to address that I haven’t touched upon here please feel free to let me know.

Until next time, cheers!

What To Expect Your First Time At A Casino