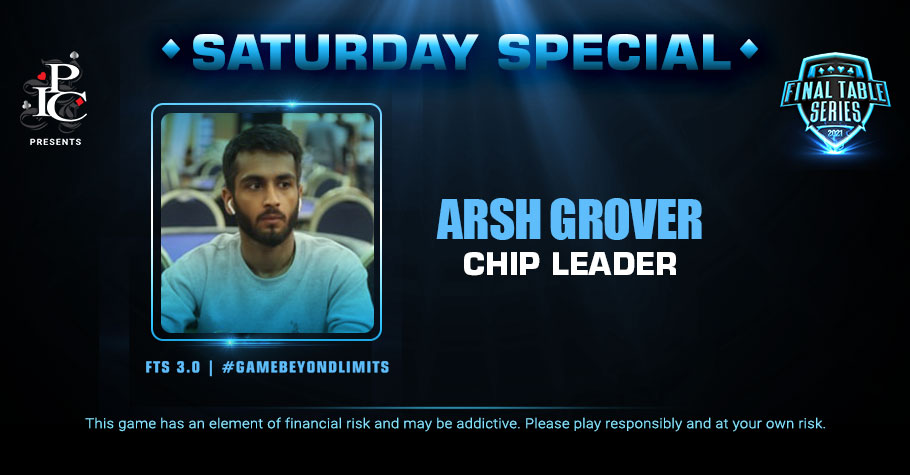 
The virtual felts were heating up as the competition further intensified to grab the prestigious Final Table Series 3.0 (FTS 3.0) title and the bling of a gold medallion. Players on Spartan Poker, PokerHigh, and BLITZPOKER made their way to the ₹40 Lakh guaranteed FTS Saturday Special tournament. However, after a long hard grind, the final table was set with Arsh Grover leading the lot with his huge chip stack. The tournament was paused once the FT was set and the action will resume today at 6 PM for the entire poker circuit to witness. Let’s take a look at who made it to the final table. 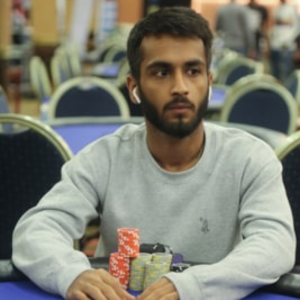 In the advantageous chip lead position was Arsh Grover aka ‘BigggTymeR’ who entered the FT with 30,43,214 chips. Armed with 63 big blinds (BB) this is not Grover’s first time in the final table. He won the FTS Kickoff and FTS Leaderboard in November 2020. He has also won multiple Millionaire titles on Spartan Poker. If there’s anyone with a shot of clinching the title spot, it would be him. 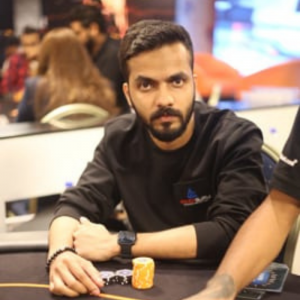 Mithun Mahesh aka ‘Zima Blue’ is one of the top pros in the online circuit. He has been shipping tournament titles almost on a weekly basis with Spartan Poker’s Millionaire (May 2021) and APT Highroller on PokerBaazi (August 2021) being among his recent wins. He made it to the final table in the second chip lead position with 27,74,206 chips and 58 BB. He’s close behind Grover and has a good shot at the top spot. This is the one opponent to keep an eye out for. 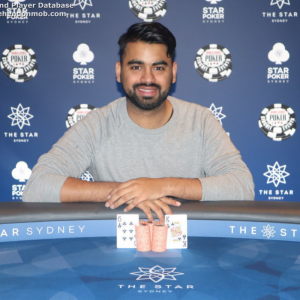 Back in action is Akshay Kapoor aka ‘AustralianAccountant’ who also made it to the final table for the FTS Friday Special. Entering an FTS final table twice in a row is no small feat and this time Kapoor is a lot better off than he was yesterday. With the third-highest chip stack of 21,48,472 and 45 BB, will Kapoor’s determination to grab an FTS title finally win him the title? We’ll just have to wait and see! 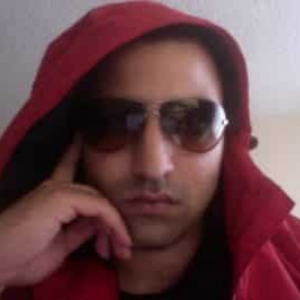 In the fourth position is Karan Radia aka ‘Majestic’ with 19,77,682 chips and 41 BB. It’s a close call between Akshay Kapoor and Radia who is only four BB away. On the other hand, there is a massive BB difference between Radia, and the fifth-highest chip stack position held by Manas Kalita aka ‘Silver555.’ Kalita has just 7,99,191 chips and 17 BB which is 24 BB away from Radia. 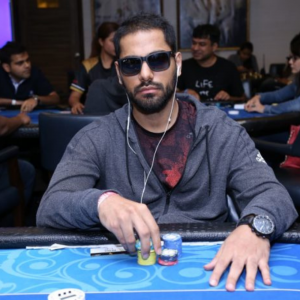 Sahil Chutani aka ‘$lim$hady19’ entered the FT with the sixth-highest chip stack of 7,03,592 chips and 15 BB. In the past, he has come third in Spartan Poker’s Millionaire for ₹6.61 Lakh, second in Elite for ₹4.48 Lakh and also shipped WPT Tuesday for ₹5.4 Lakh all in the last week of August 2021. If he manages to slowly chip up on the final table, Chutani could very well end up in a better position than he started. 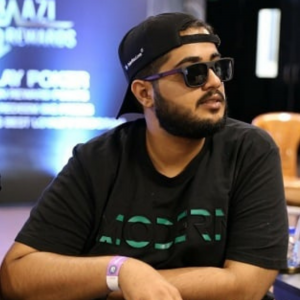 The second-lowest chip stack in seventh position is held by Mohammad Azhar aka ‘Cupid stunt.’ However, while Azhar may be at a disadvantage with just 5,66,933 chips (12 BB), it should be noted that he did win the NPS Main Event on Pokerbaazi for ₹50.13 Lakh in June 2021. Anything can happen on the FT and we can’t wait to see how Azhar handles his game. 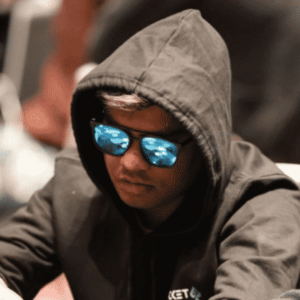 In the eight and final position we have Rahul Kumar aka ‘sttoned’ with 5,36,710 chips and only 11 BB. Entering the FT with the least number of chips may not be the best start but for Kumar who managed to take down the Sunday Superstack title on Spartan Poker for ₹7.03 Lakh just this month, this could be a challenge worth his time.

All the eight on the FT had to fight through a wave of 502 total entries to reach the final table. Catch the complete final table action on Gutshot’s Facebook page or YouTube channel today at 6 PM. See you then! 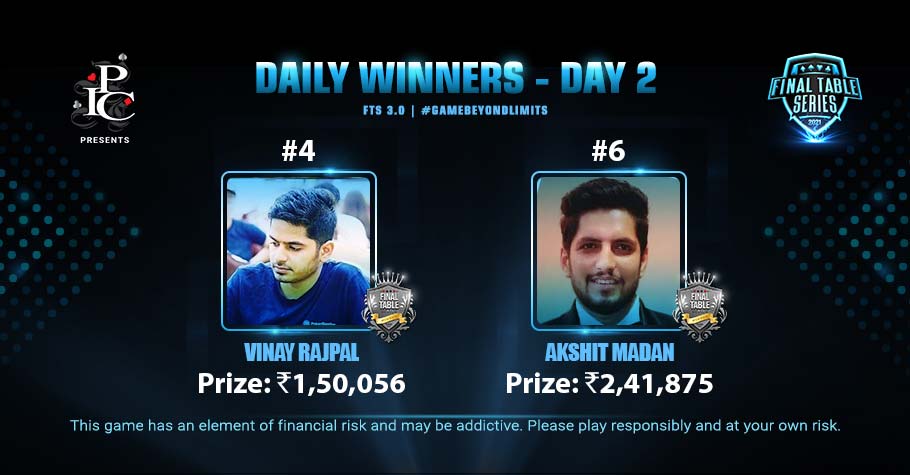 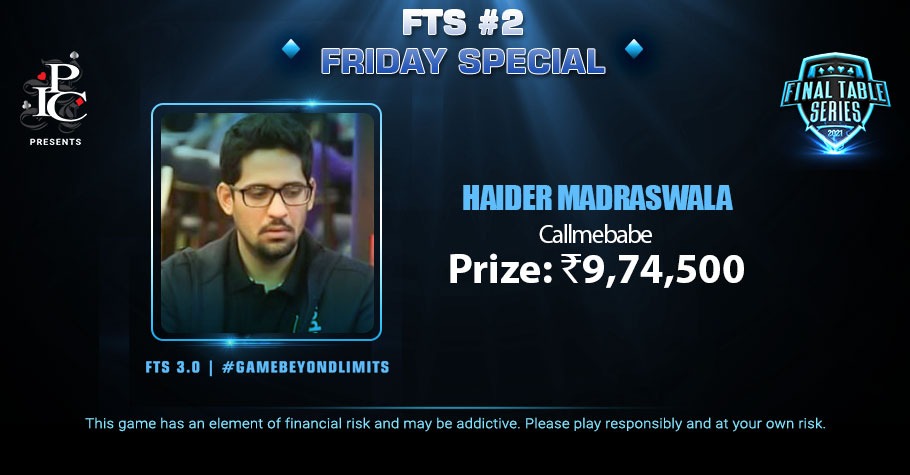 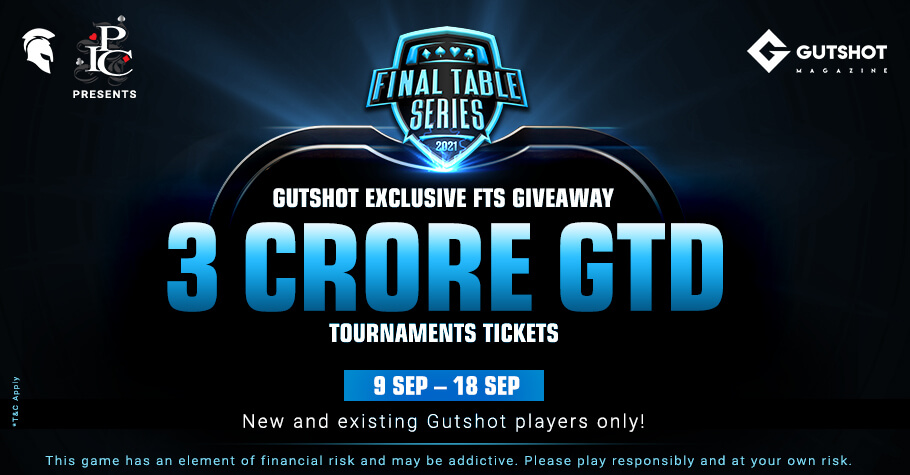