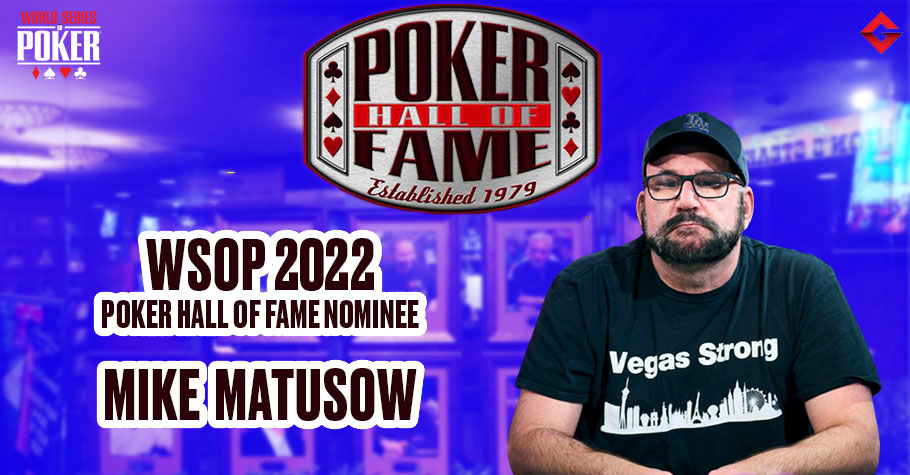 One of the 10 nominees is the well-known poker pro Mike Matusow. But what makes Matusow worthy candidate for this nomination? In this article, we will discuss Matusow’s life, poker journey, achievements, victories and what makes him worthy of being nominated into the exclusive WSOP 2022 Poker Hall of Fame.

Who is Mike Matusow?

Mike Matusow was born on 30th April 1968, as Michael Matusow, in Los Angeles. He was introduced to poker at the age of 18, when playing video poker at Maxim Casino. He was so addicted to the video game that he often suffered from strain injuries in his arms and shoulders. His addiction even led him to steal money from his mother to attend Gamblers Anonymous meetings.

Why is Mike Matusow Nominated?

Matusow’s poker career began when he quit his day job. In 1998, he paid part of Scotty Nguyen’s buy-in into a satellite event for the WSOP $10,000 No-Limit Texas Hold’em Main Event, which Nguyen eventually shipped. Matusow received $333,333 from Nguyen for his partial stake. The following year, at the 1999 WSOP, Matusow nailed the $3,500 No-Limit Hold’em event to win his first-ever WSOP bracelet for $265,475.

At the 2001 WSOP, Matusow finished sixth in the $10,000 No-Limit Hold’em Main Event. In 2002, he claimed his second bracelet by shipping the WSOP $5,000 Omaha Hi-Low Split 8 or Better event, by beating poker pro Daniel Negreanu in heads-up.

At the 2005 WSOP, he finished ninth from the 5,619 players in the Main Event and added $1,000,000 to his bankroll. In the same year, he nailed the WSOP Tournament of Champions for another $1,000,000. This made him the first player to win two million dollar prize money in the same year.

Apart from four WSOP bracelets, Matusow made it to 13 WSOP final tables so far, and has cashed over 43 times. Matusow has final tabled five times at the World Poker Tour (WPT), along with 10 in the money finishes. Additionally, he won the NBC National Heads-Up Championship in 2013, defeating Phil Hellmuth 2–1 in the finals.

Matusow also hosted Card Player’s poker radio podcast called the Circuit. He was later replaced by Gavin Smith and Joe Sebok. He also hosted a video segment by Card Player ‘The Mouthpiece,’ which is now discontinued. He is also well-known for his outbursts, antics, and constant chatter at the poker tables, which is also one of the reasons he earned the name ‘The Mouth.’

In his personal life, Matusow has faced several problems. He battled drug issues, and a six-month jail term in 2004 and 2005 for being caught providing prescription painkillers to an undercover police officer, who pretended to befriend Matusow. After several months of the Las Vegas Metro Police’s sting operation, Matusow was arrested and charged with six category A felonies, all related to drugs. Later, a plea deal was settled where Matusow was incarcerated in the Clark County Detention Center for a duration of six months.

The experience in jail hit him hard, and he came back with even more determination to focus on playing poker and fixing his past mistakes. He did quite well for some time but destiny had other unpleasant plans. In 2014, Matusow suffered a back injury, called thoracic spinal contusion, that caused serious medical complications making it impossible for him to play poker. He did try to get better and grind but he couldn’t play for long sessions as it would take a toll on him physically and mentally.

If that wasn’t enough, in the next few years, he went bankrupt, losing even his house. It wasn’t a good phase, however, he didn’t stop. When he was better and in shape to play, he got back to playing poker, and started by playing micro stakes online. Gradually, he built his bankroll and after three-years he was back playing at the WSOP 2016. In the process, he also lost a lot of weight.

Matusow has $9,987,847 in total live earnings and currently ranks 111th on Hendon Mob’s All-Time Money list. He has also written an autobiography named ‘Check Raising the Devil’ that hit the shelves on 12th May, 2009.

Like every year, this year too, WSOP has announced a nominee list of 10 people from the global poker community. One of these nominees will be inducted into the Poker Hall of Fame. The 32 living members of the Poker Hall of Fame, will cast their vote on a ballot of 10 points. This year’s inductee will be declared on 10th July 2022, alongside the WSOP 2022 Main Event. To know who makes it this year stay tuned to Gutshot Magazine. 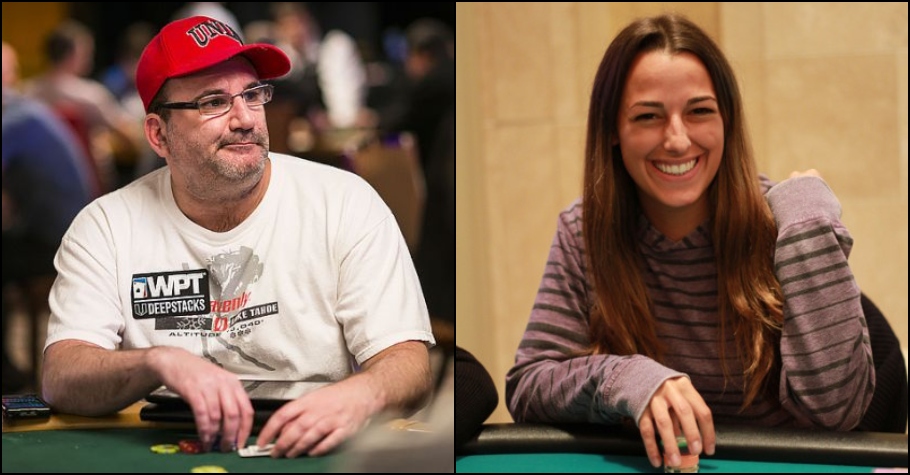 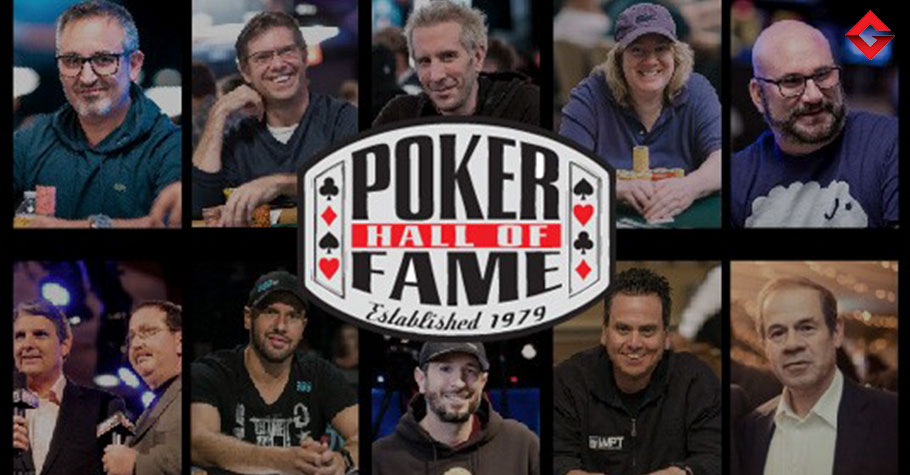