There are two types of games, one is the established games that people are playing right now and the other are the upcoming games. The prominent ones such as Dota 2, League of Legends, etc. already have a huge player base, several tournaments, and humongous prize money. When a game is new in the market, not all players are aware of the potential. As a newcomer, you can use this opportunity to play and study the nitty-gritty of the game. 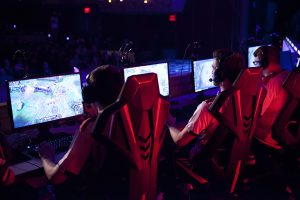 Practicing mainly refers to gearing up for the game. Newcomers tend to have a misconception that it is just a game and hence practice is not required. But that is not the truth. Esports Bootcamp and training sessions are a huge part of how the industry functions.
Just a few months ago, Noble Esports started the first ever Esports Bootcamp in India. This is a huge step for Indian Esports enthusiasts as gamers will be able to understand their games in a better manner. 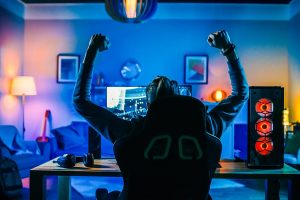 Essentially, to join a team, you must be a serious competitor. Not all Esports players are parts of teams, only the ones who excel in their respective games are chosen. Hence, players must know that if they are given the chance to join a particular team, they must refine their skills almost every day.

Other than being a good gamer, you must also have the potential to build contacts. Since the Esports industry is just gaining ground in India, budding players must know which companies and brands to approach for sponsorship and more. Maintaining a balance. While gaming is now considered a profession, players still need to draw a line in order to get a balance. Becoming a pro requires a lot of energy and time, but grinding constantly should not affect the lifestyle of players.

To evolve as an Esports player, they must give it a well-rounded approach, which will eventually help them develop social skills, expand knowledge, and maintain a healthy lifestyle too. Globally, the Esports industry is growing with each passing day. If you wish to be one among the other players, set a target and determination that will help you become a pro player.