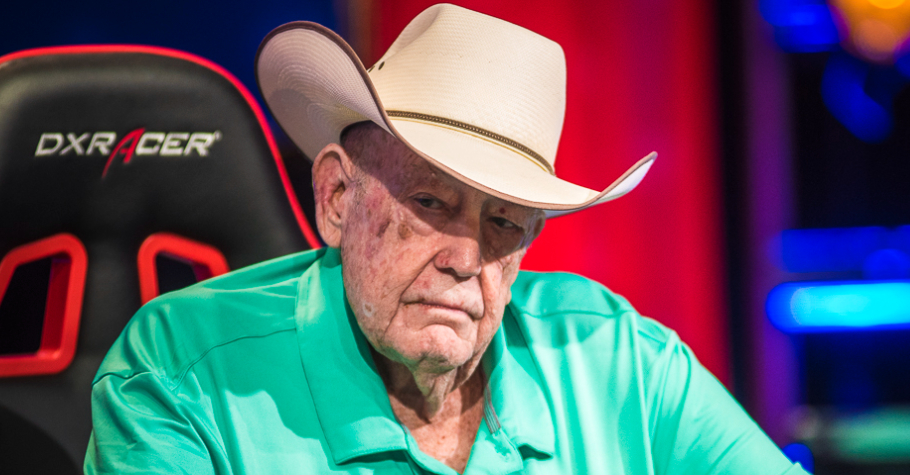 
World Poker Tour (WPT) just announced on its official Instagram handle that poker legend Doyle Brunson has joined their ambassador roster. In an Instagram post WPT stated the following, “We are proud and honored to welcome The Godfather of Poker, Doyle Brunson to the WPT family! He brings his legendary legacy as a member of the Poker Hall of Fame and the WPT Champions Club to the WPT ambassador roster.” The legendary poker player joins the list of ambassadors which includes names like Brad Owen, Andrew Neeme and Steve Aoki.

Talking about WPT, the inaugural edition of WPT Prime Vietnam 2022 turned out to be a blockbuster hit with Indian pro Zarvan Tumboli shipping the Main Event (ME). This popular grinder scooped $131,394 in prize money for his spectacular performance. Furthermore, the ME had another well-known pro Ashish Munot finish runner-up for $87,237. Many Indian players were seen grinding at this series. World Series of Poker (WSOP) bracelet winner Aditya Sushant shipped a Pot-Limit Omaha (PLO) event for $6,684. WPT Prime Vietnam 2022 Event #11: 8-Max Main Event Warm-Up saw players like Alok Birewar (8th, ~$2,475), Ashish Ahuja (5th, ~$5,088), and Gaurav Sood (6th, ~$3,881) finishing in the money. This WPT series saw Indian players grabbing headlines and it was only getting better.

Coming back to WPT ambassadors, in January 2022, Steve Aoki, the superstar DJ and artist was named as the WPT ambassador. The music producer who also has two Grammy nominations to his credit is expected to play a crucial role in the WPT revamp as stated by WPT on its official site.

In April 2022, Brad Owen was added to WPT’s roster of ambassadors. In the official news published on its site, WPT stated that Owen will travel across the globe to attend poker events, create exclusive content for WPT and promote the game of poker in association with WPT’s online partners.