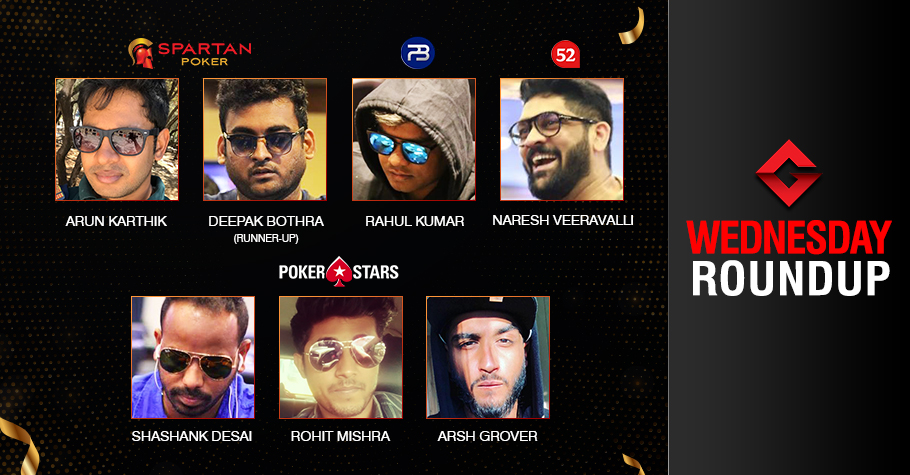 
Here’s a recap of a thrilling Wednesday night across the virtual platforms of the country. Plenty of winners were crowned on Spartan in the ongoing Ultimate Value Series (UVS) and INSCOOP on PokerStars, the latter now fast approaching the finish line. So, keep reading the complete summary to find out the titleholders of Wednesday majors….

The popular Wednesday tourney on Spartan Poker, Destiny INR 35 Lakh GTD drew 673 runners last night. The final prize pool was shared among the top 60 spots who received INR 14K as min-cash. The event concluded after 8+ hours of intense grinding session and the last man standing was ‘Donkashtra’ who railed out online reg Deepak Bothra in heads-up to seize the first-place prize. Bothra has a history of bagging Destiny titles but alas, he couldn’t do it last night.

Taking home his second title this week Arun Karthik aka ‘Rohini Sharma’ triumphed UVS #21 Destiny Jr INR 5 Lakh GTD on Spartan Poker. The event drew 427 runners who paid INR 1,650 each as the buy-in, creating a prize pool of INR 6.40 Lakh. In level 48, the players struck a 3-way deal which saw Karthik topping the list while his opponent ‘A116’ earning the runner-up payout.

Online grinder Rahul Kumar aka ‘viran’ powered through the field to take down The Pride INR 10 Lakh GTD on PokerBaazi. The event attracted a field of 374 entries, collecting a bigger prize pool of INR 11.22 Lakh which was received by the top 45 spots. Anonymous player ‘AK10JQ’ settled in the runner-up position after being defeated by Kumar in heads-up. The champion added INR 2.36 Lakh to his bankroll while his opponent secured INR 1.65 Lakh.

Circuit grinder Naresh Veeravalli turned INR 2,500 buy-in to INR 2.68 Lakh in prize money after taking down Maverick INR 10 Lakh GTD on Adda52. Last night the event garnered a field of 625 entries, driving past the advertised guarantee and creating INR 14.21 Lakh in prize pool. While Veeravalli topped the field, his opponent Gagandeep Malik aka ‘gaganhyd’ settled in the second place for INR 2.60 Lakh.

The exciting series on PokerStars is currently underway and INSCOOP – 118 Bug Bubble Rush INR 5 Lakh GTD fetched 185 runners last night for a buy-in of INR 2,500. Before the tournament concluded, the top 35 places earned a min-cash of INR 2K. Coming out on top was Shashank Desai aka ‘GOAT-245’, becoming the official winner and taking home INR 48K while his opponent Vikram Mishra aka ‘GreenSTUFF79’ settled in the runner-up position for INR 46K.

Wednesday flagship tournament on PokerStars INSCOOP – 122 Night on Stars INR 15 Lakh GTD pulled out 418 entries out of which 71 ended in the money. Racing ahead of the event was Rohit Mishra aka ‘PillowFight22’ who eliminated Amar Mehta aka ‘AceCosultant’ in heads-up to win INR 2.70 Lakh in prize mone. The latter earned a paycheck of INR 1.97 Lakh for finishing runner-up.

At 9:30, PokerStars hosted INSCOOP – 124 Deepstack INR 5 Lakh GTD which had a buy-in of INR 2,500. The field was crowded with 208 entries but only 39 could take home a paycheck. Walking away with the lion’s share of prize pool was circuit grinder Arsh Grover aka ‘BiggggTymeR’ defeating Kapil Arora aka ‘racemonk’ in heads-up for INR 92,505 in cash prize while his opponent managed to walk out with INR 69,809. 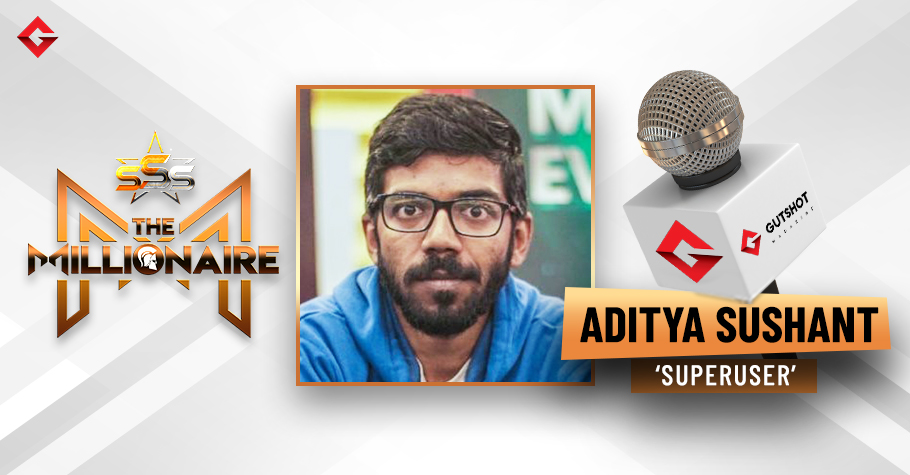 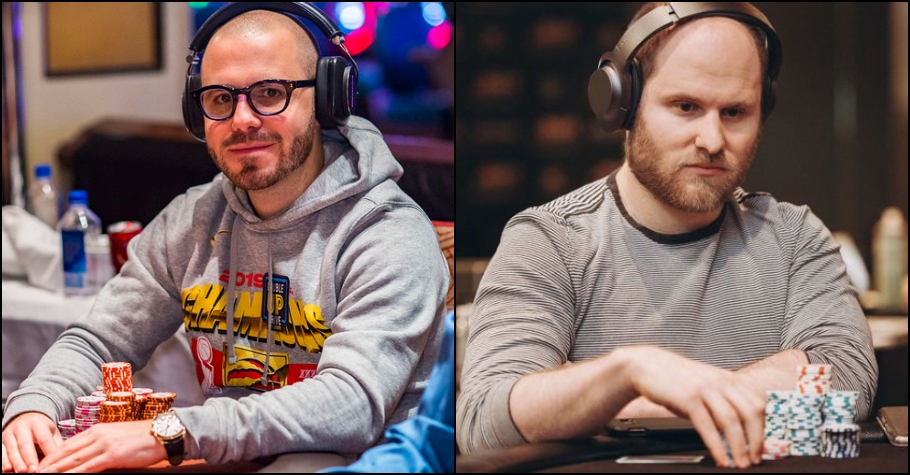 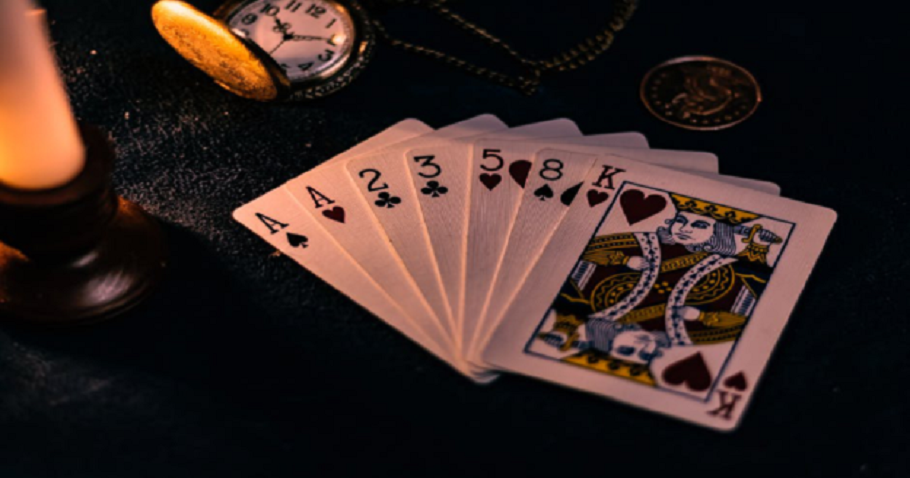