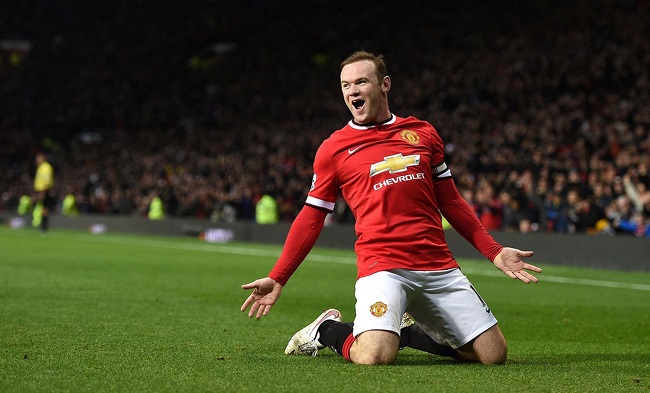 Wayne Rooney: How I prepare for my games


The former Manchester United player reveals his routine before the game which includes visualization, sleep, and Patrice Evra’s tunes.

Sleep – “Try to get at least eight hours of sleep at night and an additional hour or two in the afternoon. To do your brightest in training eight hours of sleep is just fine. I can’t lie, I am not well organized and I cannot lie in bed and force my self to sleep. I would usually wait until I am tired, normally about 11 or 12 I get sleep. I wake up around eight in the morning. You can notice the difference if don’t get sleep for so long, which usually occurs after a night game. After a night game, I get home around 12 and can’t sleep till around four. When this happens I feel tired the next day and can feel it in my performance.”

Don’t force your sleep but try your best to get at least eight hours of sleep.

Visualisation – “I always picture the game in my head the night before. Ill would find out which kit we are going to wear the next day, so I can visualize it better. It helps to train your mind to face certain situations that might occur the next day. I think about it as I lie in my bed. I’ve been doing this since I was an adolescent. Questions like what will I do if the ball gets crossed in the box this way and how will I get to end of that cross. A whole lot of visualizing your scenario can get you a lot sharper for the game.”

Scan the game in your head.

Meals – “The night before the game ill eat chicken, pasta fish and all the normal food you would expect us to eat. If it is an early game, you should stock up before as much you can, because you won’t get to eat a lot of food before the match. I would usually have Coco Pops and a banana as a pre-game meal and then at the stadium we could have cereal bars which are given in the dressing room and energy gels which can be taken if you feel you need them.”

Do not eat too much before your game.

Routine – “Some football players have a routine inside the dressing room, while some do not. I tend to go on a bike for around 15 minutes, and then I do some stretching to open up my muscles, and then I loosen my muscles. You see some players stick to their routine but I can’t do that because I am not like that. I’m not irrational. In the dressing room, I am relaxed and I just stay focused.”

Relaxation of the mind and body is crucial.

Music – “Patrice Evra likes to play some French hip hop or something like that in the dressing room. Everyone listens to his music though some like it and some don’t. But its better that we all listen to the music together rather than each of us listening to different music on our iPods.”

Bring the team to unity.

The Final Hour – “I would usually drink a nice energy drink in the dressing room 40 minutes before the game and then go out on the field to stretch and warm my muscles which usually lasts about half an hour. 10 minutes before the game you are back in the dressing room getting ready and putting on your whole kit including shinpads. The hour before the game is easy to get through but an hour before that is the time where you get really bored waiting for the game to start. I try to stay relaxed and I take my mind off the game by playing a computer game, etc.”