Shanghai Poker is a Hold’em variant that is similar to Tahoe poker. This card game, primarily played in China can be played with a standard deck of cards including a joker card.

Here’s a list of the hand rankings that must be followed while playing Shanghai poker:

Three of a Kind

ALSO READ: Poker variants you should know about

Players have to make three types of bets, during the course of the game, namely, Double bet, Five Card Bonus side bet, Taxpayer’s Fortune bet. The dealer and the player, each receive five cards face down.

After receiving the cards, players must divide the five cards into three card back hands and two card front hands. The two card hands should not be bigger than the three card hands.

After the fifth card is dealt, one more round of betting takes place. Players have to make the best hand possible using two hole cards and three community cards. The remaining players reveal their cards. Based on the hand rankings, the player with the best hand wins the pot.

Players need to have strong two and three card hands in order to win. In this variant of poker, players are paid out in the following manner:

When the dealer has a king high hand, the winner gets the entire pot.

When the dealer has a lesser hand when compared to a specific player, only half the pot is paid out.

This is just one variant among the hundreds of other poker variants played globally. Shanghai poker is one among them and tournaments of this variant are still very popular in China.

ALSO READ: Poker Tournaments: What are they all about? 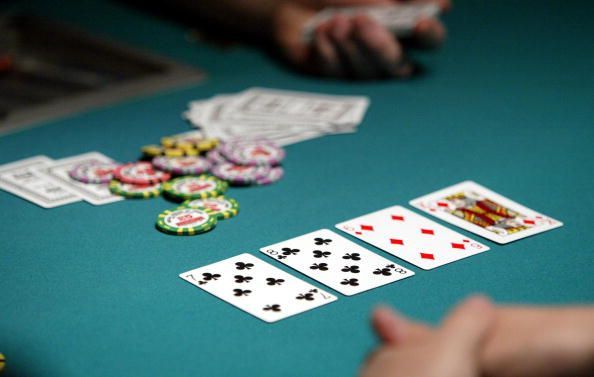 5 Reasons why you must play Poker