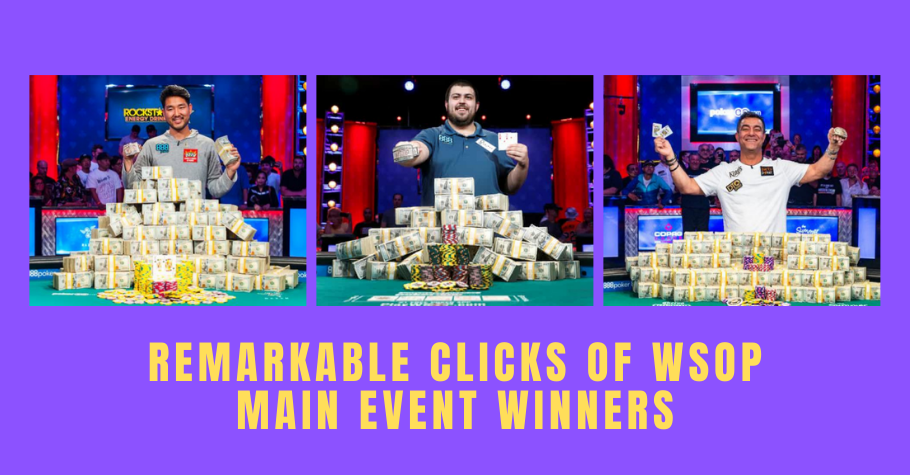 
Among all the poker tournaments in the world, the World Series of Poker (WSOP) is without a doubt the most prestigious one. Winning a WSOP bracelet is a thrilling and life-changing experience. It’s one poker title that every poker player dream of achieving. The WSOP is regularly held at the Rio All Suite Hotel in Las Vegas where the champions of the WSOP Main Event are always presented with a grand celebration.

It is custom for these winners to take a picture with their prize money and flaunt their well-deserved WSOP bracelet. In this list, we’ve picked out some of the best images of various winners. 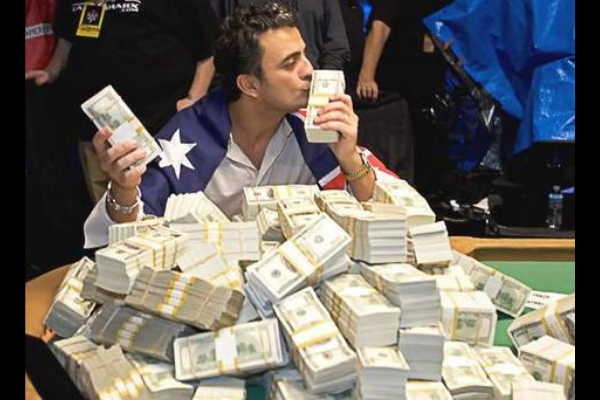 Joseph Hachem kissing a bundle of cash is just the kind of camera moment one would expect from a WSOP champion. Hachem clinched his first WSOP Main Event title in 2005 and won $10 million in prize money. He is a professional poker player and is one of only six people to hold a WSOP Main Event and a World Poker Tour (WPT) championship title. 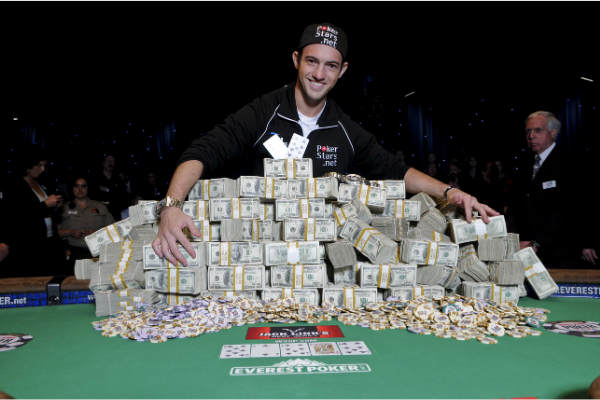 In this picture, Joe Cada hugged his massive prize money and looked quite thrilled to be holding the title of WSOP 2009 champion. Cada secured his spot after crushing his competitor Darvin Moon in the final table. At age 21, he was also the youngest poker player to win the title. His total WSOP Main Event win is an impressive $8.5 million. 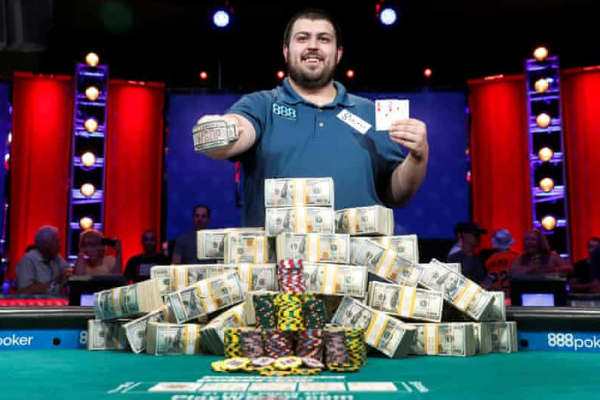 This incredible click with a delighted Scott Blumstein was taken just after he clinched the WSOP Main Event title back in 2017. The big pile of cash in front of him was the $8.15 million in prize money that he won in the competition. Before this mega win, Blumstein was just an accountant with a degree. He beat player Daniel Ott to secure his spot after which he posed with his WSOP bracelet and showed off his cards and the final chip stack. 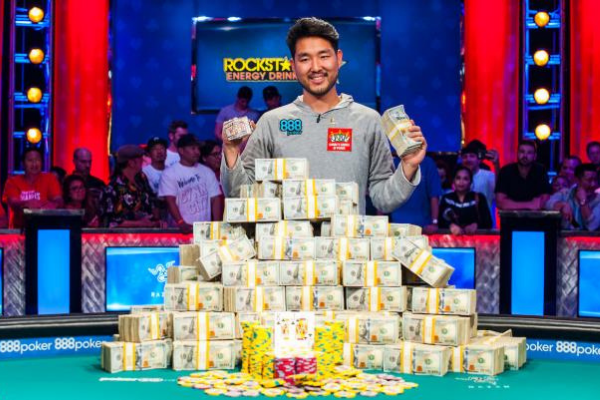 After pushing through a sea of 7,874 players, John Cynn reached the final table and made his way to victory. The huge mountain of cash before him is the $8,800,000 he took home when he won the 2018 Main Event. He claimed his title after defeating Joe Cada, the WSOP 2009 champion at the final table. Being titled as the winner of WSOP 2018 Main Event is something Cynn will always cherish. 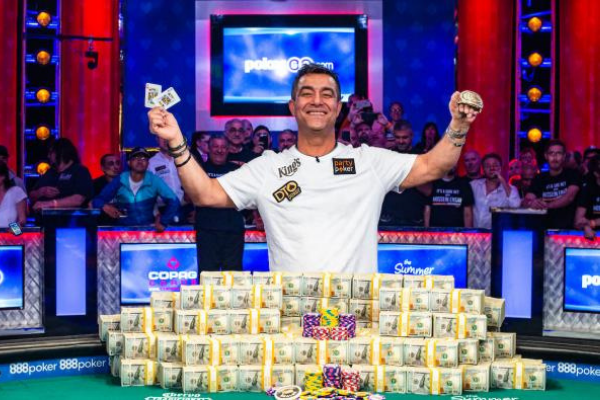 Hossein Ensan was over the moon with his first Main Event win in 2019. He was born in Iran and moved to Germany and is the second German to win the WSOP Main Event. This image of Ensan proudly presenting his bracelet was taken right after he defeated players Alex Livingston and Dario Sammartino in the final table. Ensan became $10 million richer and quite happy to be placed on the top spot.