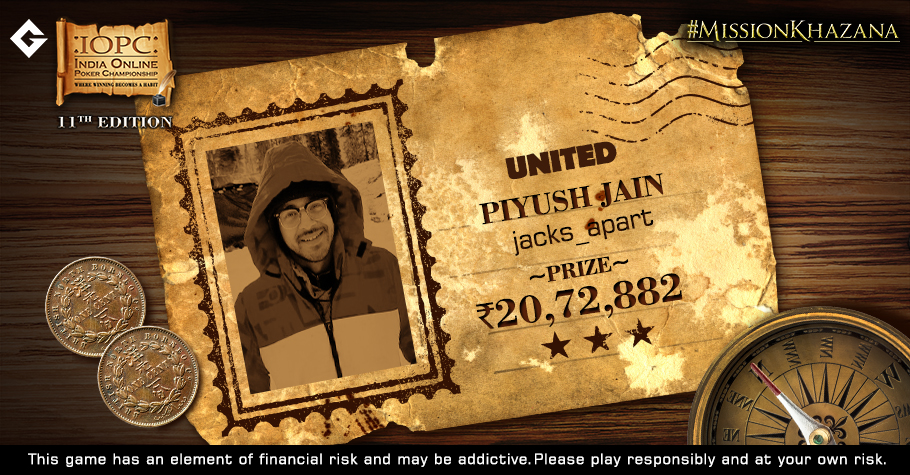 IOPC United Ends In A Deal With Piyush Jain Cashing A Massive ₹20,72,882 In Prize Money


The biggest poker festival in the country—India Online Poker Championship (IOPC)  July 2021 is going full swing. Eight days of this glorious tournament series have been full of intense gameplay and drama. The first featured tournament was the IOPC Blaze of Glory which was live-streamed on 11 July. This tournament was followed by United with ₹1.5 Crore in guarantee. The one hour and fourteen minute live-stream came to a dramatic end when Piyush Jain aka ‘jacks_apart’ and Amit Ajwani aka ‘DoctorGTO’ struck a deal.

Jain, who is a grinder from Bangalore connected over call and spoke about the final table. He mentioned, “It feels great. This is one of my biggest victories. Before the final table, I studied the players and whom to go tight against. I was in the middle of the pack at the start. I am very happy with the results.”

Jain claimed the United title and laughed his way to the bank with ₹20,72,882. Ajwani took home an impressive sum of ₹14,08,841 in prize money. The final table action intensified when poker pro Sreekanth Narayan aka ‘GL1DE’ busted first and took the 8th position taking home ₹2,34,180. The player who busted at the 7th spot was Usman Alam aka ‘Witty.White’ who cashed ₹3,04,721 in prize money.

Vishal Bajaj who was leading the final table with 74 big blinds (BB) and a chip count of 7,409,680 busted at the 6th position and made ₹4,12,066 in prize money. Bajaj kept the notion alive that a player who leads in the final table may get busted towards the end.

Gaurav Sood, one of the tournament favourites, busted at the 5th position with a prize money of ₹6,74,908. Sood, who is a well-known poker pro from the Indian poker fraternity and the Final Table Series 2.0 Kick-Off winner was also on the cover of Gutshot’s January 2021 e-magazine. Following the most cheered player, Sood was Suraj Todi aka ‘GotNoChange31’ who put up an equally tough fight busted at the fourth position and received ₹6,74,908 in prize money.

Neeraj Kumar who had the smallest stack with just 10 big blinds, busted at the 3rd spot. Kumar’s game was closely inspected by the commentators as he was considered to be a heavy-duty grinder. This second runner-up who has clinched several tournaments received a pay cheque of ₹8,87,451.

The commentary went from cheering for poker pro Gaurav Sood to cheering for Neeraj Kumar aka ‘Jannat52’ several times as he showed the door to several players. People’s person Peter Abraham, who is fluent in English commentary tried talking in Hindi as one of the viewers requested for it. A huge round of applause for Abraham who did not leave a single request go by. The rains in Bangalore nor the fact that he was a bubble boy in this tournament could not stop Goonjan Mall from commenting. Raj Juneja added to the newfound love for Hindi and made it a point to serve us with humour back to back. Lastly, the action went from a United feature tournament live-stream to a train of enjoyment that the viewers hopped onto. 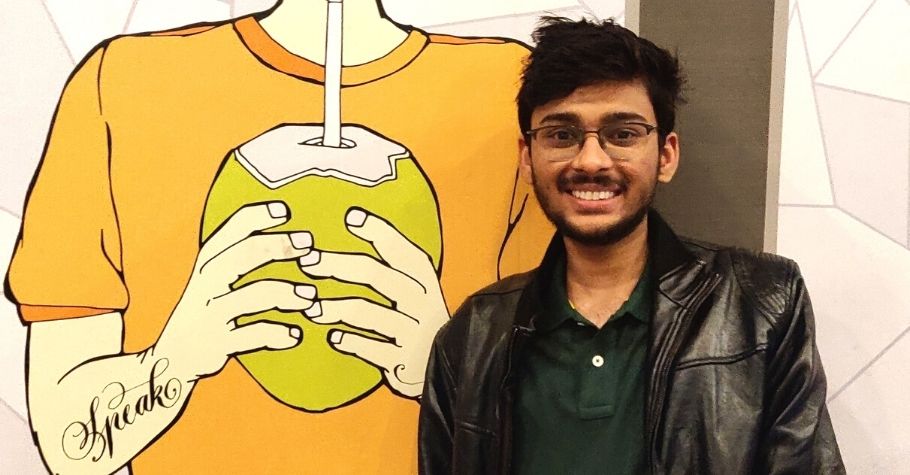