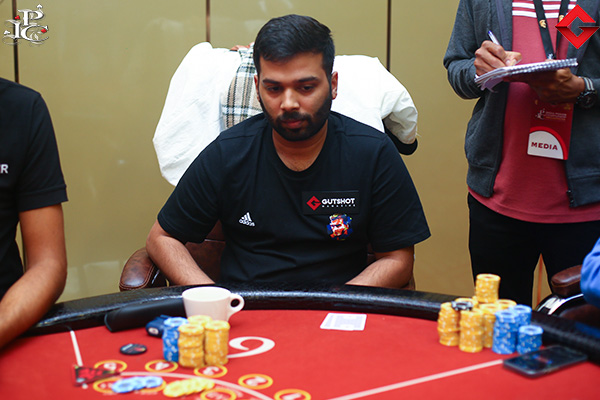 We’re barely catching up with the fast-paced action at Day 2 of the 60K Main Event, but no worries cause we are keeping up and even have the next bust out for you.

Out in 23rd place is Saransh Garg, who has been at the top of his game during the course of IPC Megastacks May 2022. But it looks like the long grind may have affected Garg’s performance a bit as he went preflop all-in with a stack 343,000 (21BBs) with only pocket fours from the button. This eventually proved fatal for Garg as Harshit Jalan called the massive shove and the hand went to showdown. When the board opened up and the cards flipped, it was revealed that Jalan had Pocket Rockets which earned him better two pairs (AA, QQ) and collected the huge pot. Garg must have surely regretted this decision as he walked away with ₹1,72,300 in 23rd place.