Anger Leads To Loss For Raju 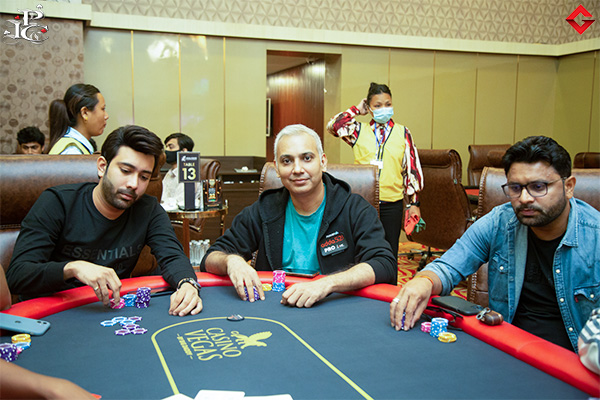 In a very interesting and dramatic hand, pre-flop action saw Adda52 ambassador Kunal Patni raise to 6,500 chips with his T ♣ 7 ♣ to be called by Romit Advani and Raju Shekhar.

Patni made a small c-bet of 7,000 chips on the flop of 3 ♣ K ♣ A ♣ having flopped a flush. Advani folded while Shekhar made the call. On the turn 5 ❤ , Patni in order to inflate the pot bet 27,000 chips and Shekhar raised it to 55000 chips in the process. Patni 3-bet to 125,000 and then due to some error on the table with some chips in the pot the Tournament Director, Dexter Mercado had to intervene asking Shekhar to make a minimum raise which made him angry and in a rage, Shekhar shoved all his chips to be called off by Patni right away. Shekhar showed his K ❤ 4 ♣ but it did not hold against Patni’s flush. With big tournaments, comes a lot of drama indeed.