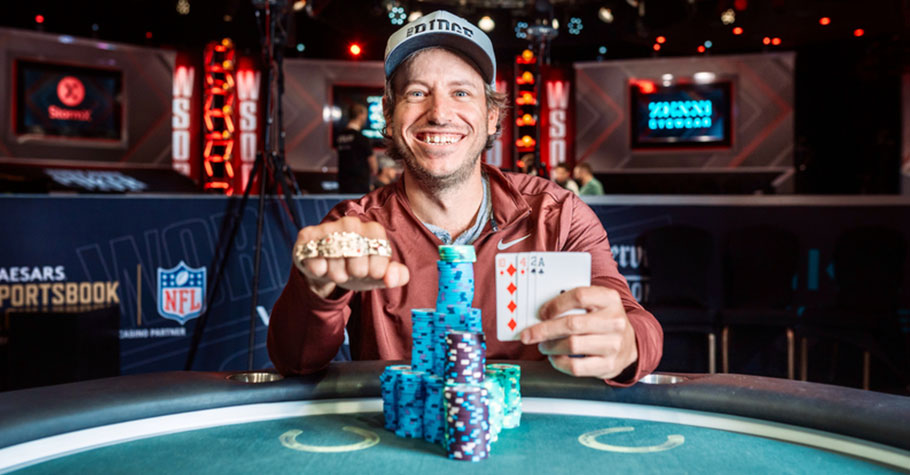 
As several players are clinching their bracelets at the ongoing World Series of Poker (WSOP) 2022, several top players still await their first bracelet. Among them was poker pro Daniel Weinman, who has finally grabbed his first-ever WSOP bracelet in Event #30: $1,000 Pot-Limit Omaha 8-handed for a lion’s share of $255,359.

This Atlanta–based player beat Jamey Hendrickson in the heads-up to lift the title and then celebrated his victory by video calling his fiancée and pet dog. He then went and hugged his rail which included poker stars like Shaun Deeb. Weinman described his first bracelet as “15 years in the making,” referring to his professional poker journey of 15 years. The event, which had 1,891 entries, went on for three days before finally crowning its champion. It had a prize pool of $1,682,990 on offer.

The first casualty on the final table of eight was Ruslan Dykshteyn, who exited at the eighth place with $29,739 in his bankroll. Next in line was Day 1 chip leader Stephen Song, who was shown the door at the seventh position for $38,363. Hungary’s Ferenc Deak walked away at the sixth place, taking home $49,962.

Chino Rheem followed as he bid adieu at the fifth place for a paycheque of $65,685. Germandio Andoni grabbed the highest five-figure prize amount as he took home $87,167 for his fourth-place finish. At the second runner-up spot, Colombia’s Eduardo Bernal Sanchez was seen walking away for a payday of $116,751.