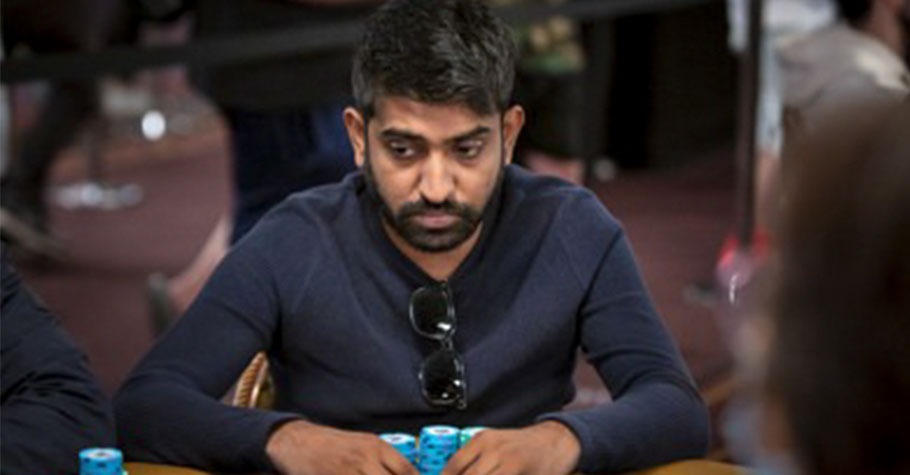 
The World Series of Poker (WSOP) 2022 edition at Bally’s and Paris Las Vegas is underway all guns blazing. India’s first solo WSOP bracelet winner Abhinav Iyer was once again close to clinching his second bracelet. However, he narrowly missed it. The player made it to the final table (FT) of Event #25: $800 No-Limit Hold’em Deepstack, with the shortest stack, and succumbed soon after the FT kicked-off.

Someone from the rail screamed a ‘Four’ and the dealer revealed a 4 ♣ on the turn. 9 ❤ showed up on the river, and Iyer was denied his second bracelet with just a pair, against Wazwaz, who sat with two-pair. Iyer was eliminated at the seventh place and he cashed $56,388. He put up a good play by surpassing over 4,000 entries and finishing seventh at the event. Good game, Iyer!

Finally, Rajaee Wazwaz took down the event and grabbed his first-ever WSOP bracelet after nailing this event for $358,346. Wazwaz beat Robert Crow in the heads-up to claim the title. Crow settled for the runner-up spot as he took home $221,399.

”It was my third final table, but the first since a long time. Back then, I wasn’t as experienced, I didn’t play them right when I got deep. But I’ve come a long way, and my dream was to come out here and win a bracelet. I ran so pure, so pure, like my whole life of playing tournaments, this was the purest tournament I’ve ever ran in my entire life,” Wazwaz told PokerNews about his gameplay.

When asked about his opponents, he said, “They were all great players, it was a very tough match, very tough. I’m just so proud of myself for winning. My wife will be happy, and I really appreciate my rail being here. My rail was amazing.”