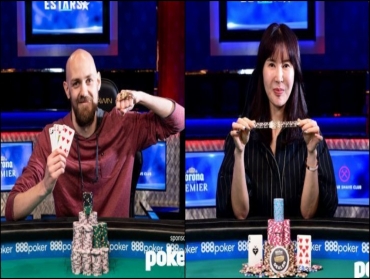 $23 million in live poker tournament cashes around the world but UK poker pro Stephen Chidwick hadn’t yet earned a WSOP gold bracelet. However, that was only until yesterday. Chidwick has had a stellar last 12-15 months in poker with wins across the globe and it was only a matter of time before he did so in Las Vegas as well. 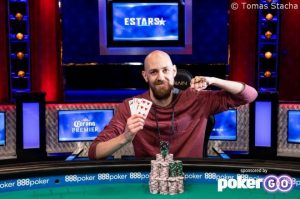 He beat 278 runners in the PLO High Roller to be rewarded with his maiden bracelet along with a massive prize of $1.6 million, which now takes him to the 18th spot on the all-time earnings list. This was a deserving victory that came after 52 previous WSOP cashes to go with 13 previous FT finishes.

“It means a lot, it feels great. It is obviously a great one to do it in and I am in shock, a little bit. I had so many people supporting me for the last 10 years since I have been grinding so hard to win a bracelet and I know I have a lot of people in my corner that are really happy for me and that means a lot,” said Chidwick after the victory.

This one is for the ladies at the World Series of Poker, where men can also participate at a much higher cost though. The event saw a participation of 968 entries where our Indian pro Muskan Sethi also managed a cash in 52nd place. Eventually however, it was South Korea’s Jiyoung Kim who emerged victorious while also earning her maiden gold bracelet. 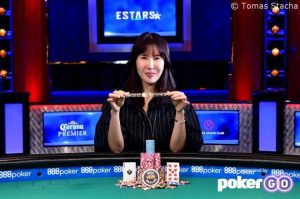 The win also came with $167k in hard cash after beating Nancy Matson in heads-up. Interestingly, Kim only had a single previous WSOP cash, that of just $580 and this second cash has gone cruising past her previous best in Vegas. However, she won’t be using too much of this money. She said, “I’m giving it to my mom. All of it. She is always worried about me going overseas to play poker tournaments. I feel for her that’s why I will give it to her.”

For more updates from WSOP 2019 and other poker tournaments from around the world, stay tuned to GutshotMagazine.com.