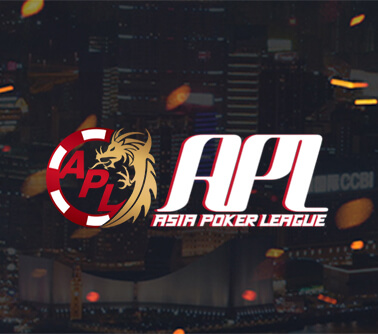 Win a trip to APL Vietnam on PokerBaazi


As an active player in the Indian and Asian poker circuit, you may already be knowing about some of the up and coming poker locations in the continent. One of them is Vietnam, where a lot of live poker actions has been taking place in the last year or so, including a lot more scheduled in the months to come.

After the Asian Poker Tour (APT) chose Ho Chi Minh in Vietnam for the first time as their Kickoff series in 2018, they chose it once again, scheduling APT Kickoff Vietnam 2019 for January next year. Soon later, the Asia Poker League (APL) also announced another stop in Vietnam.

The APL Vol.3 series has been scheduled for 15-25 November 2018 after a successful series at the same venue in May this year. During that series, there was a lot of Indian success with Adarsh Jayappa and Devesh Thapar winning titles, and we’re expecting a better turn out this time.

The venue remains the Pro Poker Club in Ho Chi Minh City and to help improve the Indian attendance there, PokerBaazi is hosting an APL Vietnam Mega Satty on 29th October 2018, where players can compete for an INR 1.3 lakh package trip to the APL Vietnam, with the buy-in as low as INR 5,500.

PokerBaazi has always done their bit to help promote Indian players playing at international locations. The WSOP Europe is currently taking place in Rozvadov. Last month, Dhawal Lachhwani and Shravan Chhabria won package trips worth INR 3 lakh each to play in this series, and the former even made a deep run in one of the tournaments, making the Final Table.

Now, it’s your chance to go ahead and win a trip to Vietnam, by playing the APL Vietnam Mega Satty on 29th October at 9pm. Who knows, you could be the next big winner in Vietnam! Until then, keep reading GutshotMagazine.com for updates on Indian and Asian poker tournaments and series.