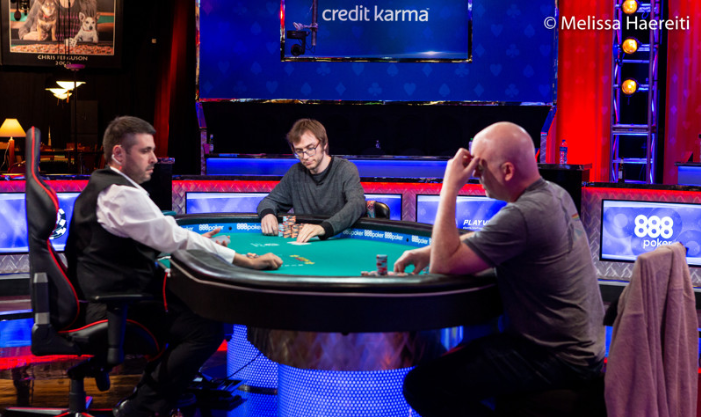 
It has been three days of gruelling poker action in the $10k H.O.R.S.E. event, and a winner is yet to be decided. As time ended on Day 3, two experienced players were still out there, and they decided to call it a day and see who emerges victorious tomorrow. John ‘World’ Hennigan and David ‘Bakes’ Baker are the two out there.

While a majority of the WSOP 2018 events have crowned first-time winners, both of these finalists have won WSOP gold bracelets in the past, with Hennigan having won 4 bracelets in the past and Baker having won 2. Hennigan will come out tomorrow with a 4:1 chip lead, looking to secure his 5th gold bracelet and the top prize of $414,692 which has been reserved for first place.

Day 2 chip leader Lee Salem was the last casualty of the day, busting in third place and having to settle for a prize of $179,216. Hennigan has close to $7 million in previous live poker cashes while Baker is coming into this final day with nearly $3 million in live winnings.

As many as 7 previous bracelet winners were among the final 20 so you can imagine what a tough field they’ve had to get through to reach the heads-up stage in this tournament. The tournament staff asked players if they wanted an extra hour to crown a winner. Baker replied, “I am too deep, let’s bag up.”

For those who don’t know, the H.O.R.S.E. Championship is a mix of different poker formats such as Hold’em, Omaha, Razz and others. Play shouldn’t go on for too long when these two return to the tables in a few hours from now. Keep reading GutshotMagazine.com for an update on who takes down the event.