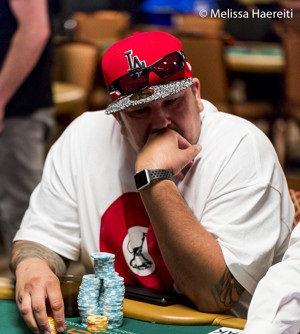 
After around 10 months of waiting, the doors opened to the World Series of Poker once again, ready for its 49th annual tournament that will see thousands of poker players flocking to Las Vegas to play in various tournaments over the next couple of months. The series kicked off on 30th May and we’re here to bring you all the updates from that first day of poker at the 2018 WSOP.

We’ve reached the close of Day 1 of this 2-day event, and 13 survivors will battle it out tomorrow for that first-place prize of $61,909, which is quite an amount for a usual casino employee. Jodie Sanders is at the top of the chip counts of this event, beating his best place of 28th in the same event of 2009. Sanders is a table games dealer at the Pechanga Resort and Casino, California, and he will be hoping to carry the momentum into Day 2 tomorrow.

Event #2: $10,000 Super Turbo Bounty Event was the next tournament to kick off and this was the first bracelet event open to all. This is also one of nine events that will make its debut at the 2018 WSOP, and the 1-day event saw participation from some of the top poker pros but none of those big names reached the final table. 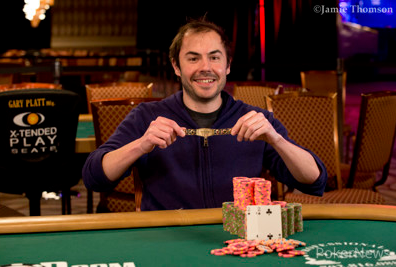 Phil Hellmuth was one such player who bought in at the last minute but busted way before the payouts began.  Brian Rast, Erik Seidel, Dominik Nitsche, Adrian Mateos, Joe McKeehen and other big names also featured in Event #2 but busted early. Of the 243 entries recorded, 37 players are to be paid out and India’s Aditya Agarwal also participated but missed featuring in the money.

Eventually, Adam Adler reached heads up against Elio Fox, with just 1.5 million chips as compared to Fox’s 10.6 million. However, he made a massive comeback to take the lead, only for Fox to take back the lead again and win the tournament. Fox completed a set of twos on the turn, to take away the top prize of $393,693 (~INR 2.65 crore) and become the first bracelet winner of WSOP 2018.