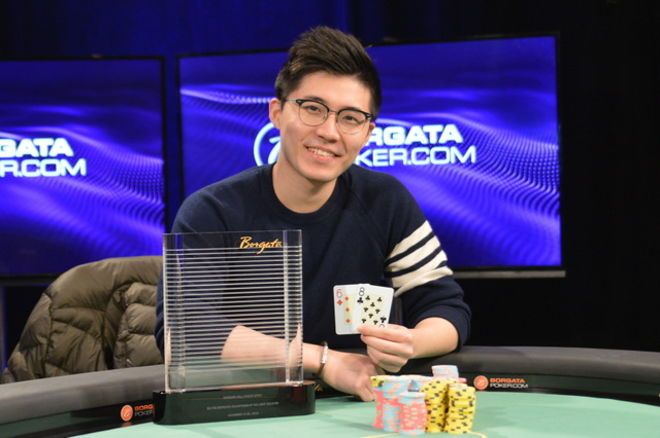 
The 2018 Borgata Fall Poker Open ended on a happy note on Nov 21, the eve of Thanksgiving, at the Borgata Hotel Casino & Spa situated in one of the top gambling destinations of the world – Atlantic City, New Jersey. The series featured many exciting tournaments throughout its 16-day period, kicking off with the $600 Borgata Deepstack Kick-Off event.

The highlight of the series was undoubtedly the $2,700 Borgata Fall Poker Open Championship, having a guaranteed prize pool of a whopping $1 million (INR 7.08 Crores). The six-player final table gameplay of the Championship was also live streamed on Borgata’s Twitch account, giving poker aficionados all over the world a chance to witness the high-stakes affair in real-time.

The crowned champion of this event was the 24- year old underdog Wenhao Ying, who rose up to defeat experienced poker players like Paul Volpe, Brian Altman, and Matt Wantman at the final table. Ying bagged $200,000(~INR 1.41 Crores) for finishing first at this event. This makes Ying’s first tournament win on record and more than doubles his previous live earnings. Winning high-stakes tournaments this early in life surely gives a big boost to the player’s career.

Altman didn’t see much success at the final table, finishing 6th and taking home $50,337. Wantman and Volpe stayed with Ying till the end. Volpe is an established poker player himself and the winner of a total three WSOP bracelets, bagging the latest in early 2018, and has total live earnings of nearly $8 million. After a long grind, the three agreed on adjusted pay-outs based on their chip rankings, bringing the 4-day Championship to a successful finish.