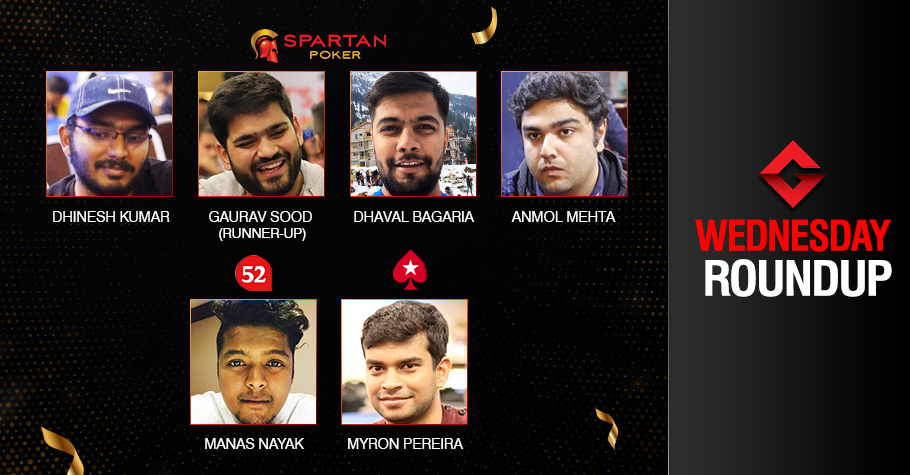 
The online poker tournament guarantees increased just as we hit the mid-week mark. Spartan Poker’s Spartan Super Series (SSS) is currently underway and Destiny was the biggest feature last night across the major felts, promising INR 45 Lakh in prize pool. Myron Pereira, on the other hand, triumphed PokerStars’ Night on Stars after bagging another title after winning Friday’s Uppercut on PokerStars. So, keep reading to find out the big winners of Wednesday night…

Poker players are highly enthusiastic for Spartan Poker’s popular Wednesday flagship tourney Destiny INR 45 Lakh GTD which was a part of the ongoing SSS series. With a buy-in of INR 5,500 a massive field of 934 entries was recorded, bringing the prize pool to INR 46.70 Lakh. At 4:45 am, booking his seat in Destiny SNG Finale was online reg Dhinesh Kumar aka ‘kendralust’ who shipped the tournament for an impressive INR 11.67 Lakh in prize money after railing out Gaurav Sood aka ‘mozzie17’ in heads-up.

Last night at 9:30 pm, Spartan Poker also hosted SSS #41 Mega Freeze INR 6 Lakh GTD which displayed a buy-in of INR 3,300. Riding past a field of 213 entries to grab the first-place prize money was online grinder Dhaval Bagaria aka ‘Pokerpro5553’ claiming his first SSS title in the ongoing series after knocking out ‘pokergambit’ in heads-up.

Another major attraction on Spartan Poker was SSS #42 Destiny Jr INR 5L GTD and circuit popular Anmol Mehta aka ‘Anzzzzz’ shipped the event last night. A total of 523 entries registered after paying field INR 1,650, creating a bigger prize pool of INR 7.84 Lakh. Mehta railed out Annkur Agarwal aka ‘CYCLONE 1121’ in heads-up with his AAJJ and earned the first-place prize money.

Adda52’s headlining tournament Maverick INR 10 Lakh GTD was hosted last night pulling out 707 entries after each one paid INR 2,500. The advertised guarantee was ultimately crushed to become INR 16.08 Lakh which was well-received by the top 72 finishers. Powering through the field to capture the cash prize was Manas Nayak aka ‘manashnayak’ who knocked out Prateek Gattani aka ‘PK786’ for INR 3.69 Lakh. Eventually, Gattani banked the second-place payout of INR 2.15 Lakh.

Making a few deep runs Myron Pereira aka ‘khAAbib’ clinched to the winner’s title after taking down Night on Stars INR 10 Lakh GTD on PokerStars last night. A total of 268 runners entered the competition out of which only 44 made into the money. Pereira outlasted ‘shrekk147’ in heads-up and added INR 1.91 Lakh in cash prize to his bankroll while his opponent earned INR 1.40 Lakh for settling in the runner-up position. The champion finished second in Spartan’s SSS #33 Mega Stack and it was only last week that he triumphed PokerStars’ Uppercut. 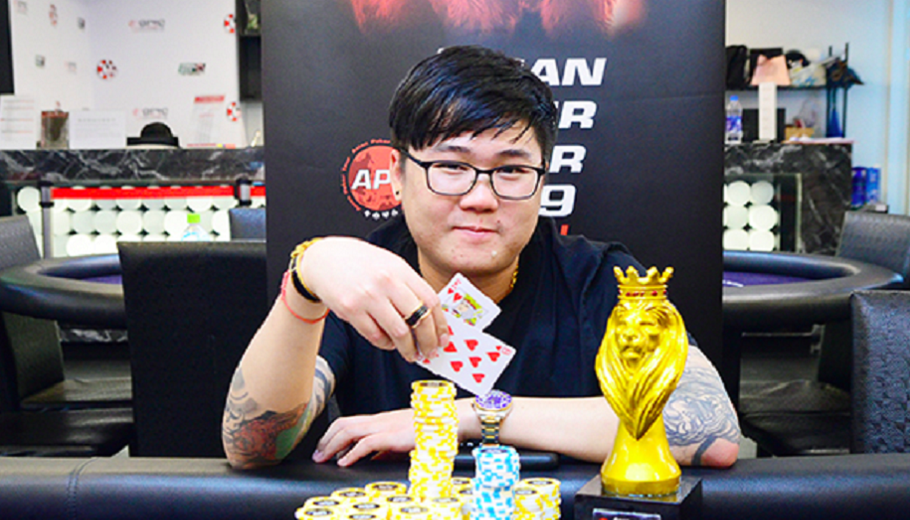 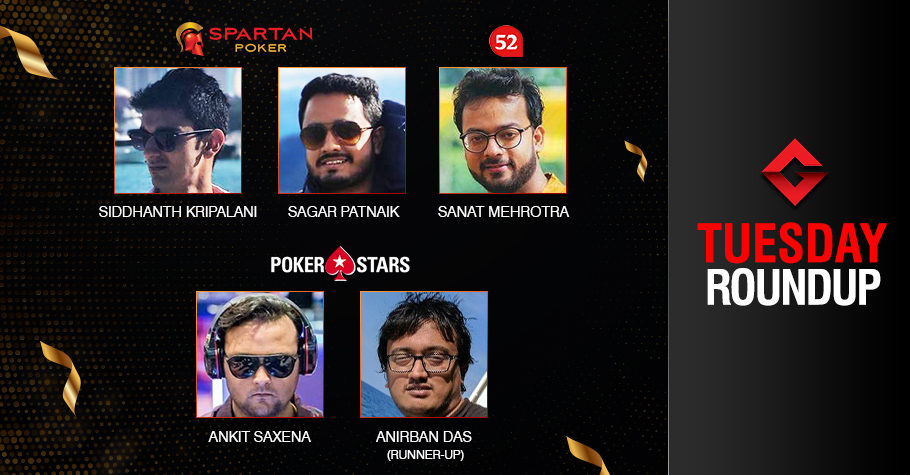 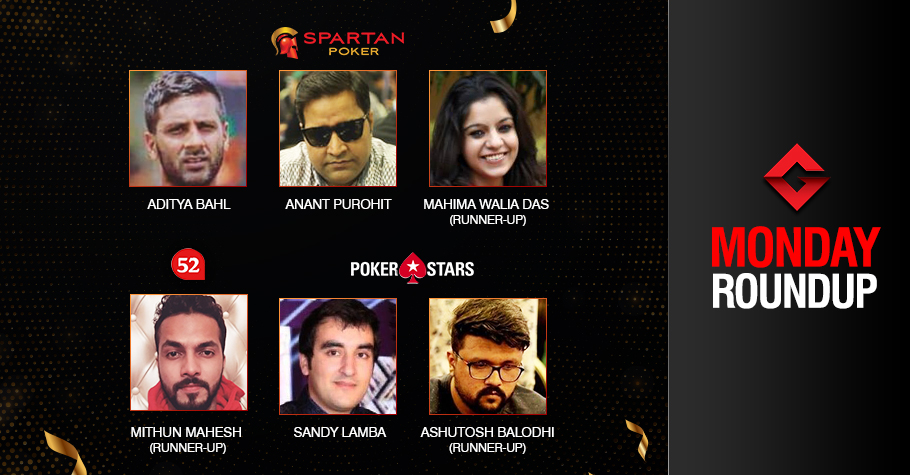