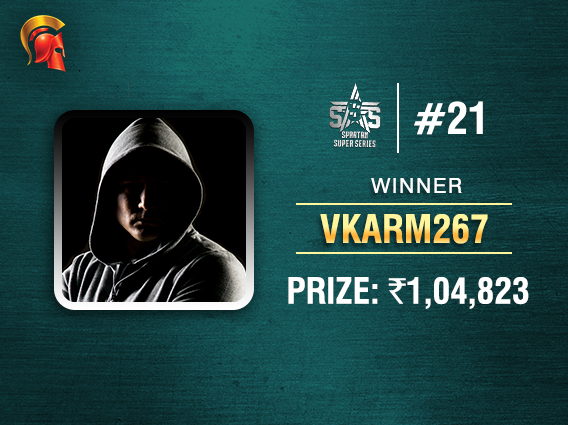 
A massive prize pool of INR 4+ crore is being guaranteed by The Spartan Poker in their current edition of the Spartan Super Series (SSS). We’re more than halfway through the series at the moment with yesterday being SSS Day 4 and a total of six tournaments being played out during the day.

In the final hand, both players betted on the flop while guru decided to go all-in on turn, with a pair of Sevens. VKarm267 made the call with Qs Kh and nothing but high-card King. However, he was lucky enough to see a queen open on the river which gave him a pair of Queens, winning him the pot and an SSS title.

Three days of action are left in this edition of the Spartan Super Series and you can get all updates on the series here on GutshotMagazine.com.