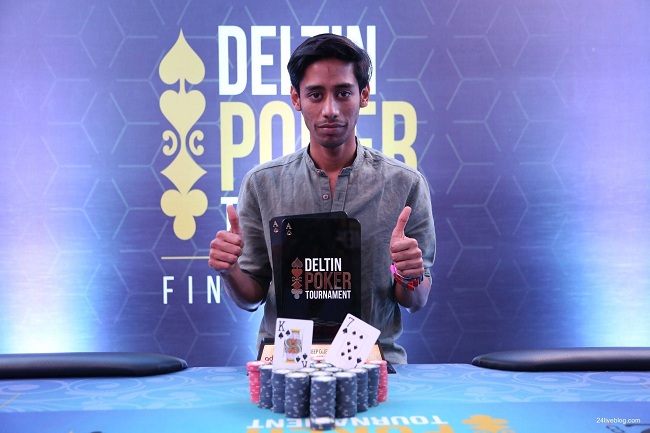 After 4 successful seasons of the Deltin Poker Tournament (DPT) in 2017, poker players from across India were all set to take part in the first DPT of 2018, which is taking place between 15th and 19th February 2018. Tournaments of various formats were scheduled for the Feb edition of the DPT and one such tournament was Event #1: 15k Deep Dive NLHE.

The INR 15,000 buy-in tournament was the opening event of the tournament series aboard the Deltin Royale in Goa and it kicked off at 5pm on 15th February. Each player was given a starting stack of 15k chips and was allowed 1 re-entry. The event saw a total of 180+ players participating, and ultimately, it was Vivek Singh who shipped the tournament, for INR 6,57,000, to go with the trophy.

Stacks of final table players, going into Day 2 of the tournament:

Vivek reached heads up against Sanjay Taneja, with the latter holding the chip lead coming into this stage, having 1.6 million chips as compared to Singh’s 1.1 million. Taneja was facing health issues but still managed to reach this far in the tournament. A deal was offered a few times in heads up but wasn’t accepted. 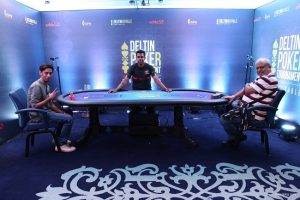 It all came to an end when Taneja went all in with 8-J, only to be called by Singh, who held 7-K. The flop opened 6-10-9, while 4 and 4 opened on the turn and river. One had a straight draw while the other had a flush draw. However, none improved with the cards on the table and Vivek got crowned champion for his K-high hand!

The Deep Dive was played alongside Event #2 of the DPT – Adda52 High Roller, with an INR 65,000 buy-in. 90+ players entered the tournament and Day 2 is being contested at the momenbt. We will bring you a roundup from that event as well, so keep watching GutshotMagazine.com for all the latest updates from February 2018’s Deltin Poker Tournament!