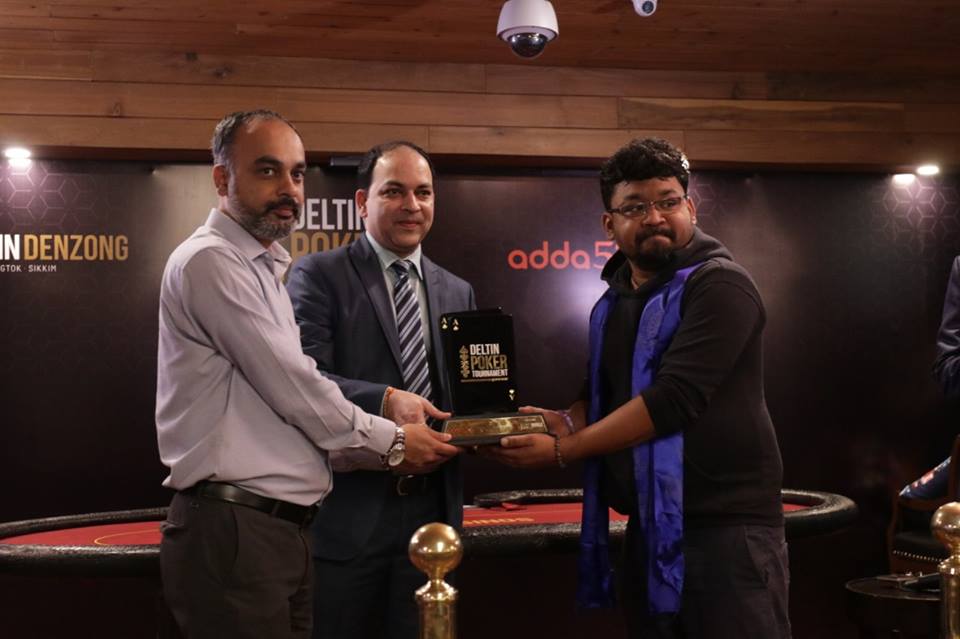 
The Deltin Poker Tournament (DPT) is a popular live poker tournament series that usually takes place in Goa and is among the top series in the country. Of course, with Delta Corp expanding their gaming reach to the Deltin Denzong Casino in Sikkim, they decided to host a tournament there too.

They launched the ‘Deltin Poker Tournament Xpress’ (DPTX) to be played in Sikkim between 27-30 September and the first tournament to kick off yesterday was the DPT Xpress BurnNTurn Event, which had a buy-in of INR 5,000, with levels of 15 minutes each and a starting stack of 10,000 chips to all entries.

It was an exciting tournament and coming out on top of the field to win the opening event was Vivek Anand Baskey, who beat some really good players from India for which he took home the top prize of INR 1,55,000. In heads-up, he beat Satwik Gutpa who won the runner-up prize of INR 1,06,500.

In the final hand, Baskey held Kc Ad and Satwik Gupta held Qs 8d. The board opened 3s 7s 4s 4d Kd and Baskey hit two pairs to take down the title. The single day event turned out to be a thrilling one and we can expect more to come here with three tournaments still to be played, including the INR 15k Main Event.

Gutshot caught up with Baskey to ask him about this victory. He said, “The blinds were raising very fast. It was like a super turbo match and I’m happy to end up victorious among these players.” He also let us in on his motto, saying, “If you’re going to dream poker, you are going to win poker.”

Other players who finished in the money included Cyrus Sidhwa who finished third for INR 71,000 and Ankit Takle, who finished fourth. Keep reading GutshotMagazine.com for more updates on the DPTX series in Sikkim.