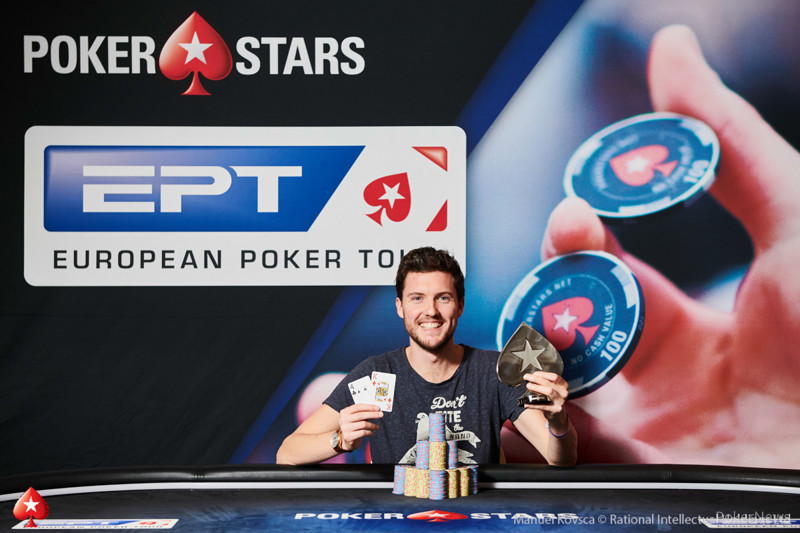 
The 2018 European Poker Tour (EPT) Prague is currently being hosted by PokerStars LIVE, which started on 7th December and will run till 18th. The 12-day festival is half in the books, having already crowned a few champions in its events, like Akin Tuna, Boris Mondrus and Matthias Eibinger.

Another champion has emerged from the festival. Belgian poker pro Thomas Boivin shipped the EPT Prague Single-Day High Roller, taking home a staggering amount of €375,520 (~INR 3.05 Crores), a 30% share of the created prize pool. The high-stakes event attracted a total of 46 entries, for a buy-in of €25,000 and the guaranteed prize pool came to €1,150,000.

Boivin defeated the highly accomplished American pro Steve O’Dwyer to bag the title and 1st place cash prize. The Final Table of six featured a melting pot of players, all from different countries. PokerStars’ extraordinary influence in all the corners of the world has made this cultural mix possible and it has to be appreciated for that reason itself, if not for the fact that they’re a leading brand in the poker world.

Boivin, reacting after his win, said, “I’m only just starting to play higher stakes live. The reason I’ve started is obviously that I wanted to continue playing higher more regularly. It’s not like I was hoping to bink the first one! But I’m definitely going to be playing higher now!”

The first to bust was the Australian pro Michael Addamo, compelling him to re-enter, while Malaysian pro Michael Soyza also fired a second bullet. The EPT Barcelona HR winner was just recently signed onto become one of Natural8’s Team Hot ambassadors. By the time the second break happened, the field of 46 whittled down to 22, with Boivin leading the chip counts.

Top 6 players were supposed to be paid out, with minimum cash at €77,310. At 9 players, Pavel Plesuv, the Seimnole Championship ME winner, was leading in chip counts, with Orpen Kisacikoglu and Sylvain Loosli immediately behind him. 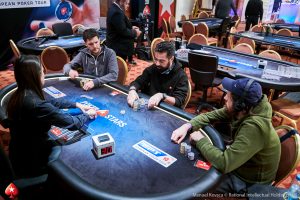 As Boivin started to gain pace, doubling through Addamo to close in on O’Dwyer, who was leading, the 3-way gameplay saw Boivin won a pot with the nut straight against O’Dwyer and took the lead with a significant gap.

As O’Dwyer’s stack took a punch, it seemed like he would fall next, but Kisacikoglu was kicked out instead, after both his opponents flopped a top pair. The heads-up was in Boivin’s favour all the time and it didn’t take him much time to finish the tournament and lift the trophy.

Boivin, talking about his preparation, said, “I’ve been studying a lot recently and obviously you don’t win a tournament just because you study, but I felt really confident in my game and it just feels great to win a tournament, especially such a tough one.” Boivin also had some news for his peers about the upcoming Bahamas series, “Spoiler alert but I’m going to win the biggest $25K in history!”