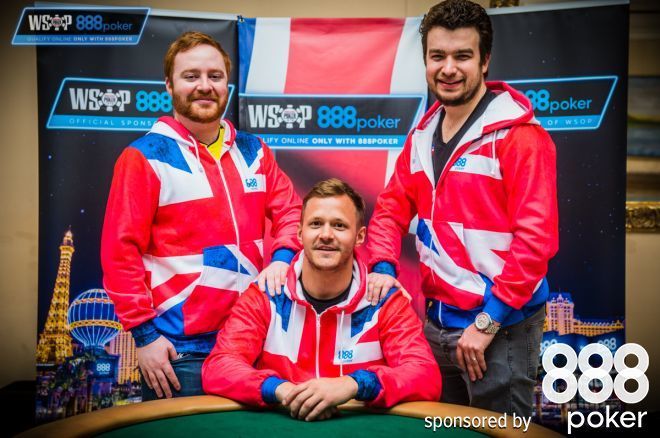 
888poker is one of the leading poker companies in the world and since last year, they have been hosting a competition wherein a number of teams (country-wise) of 3 members each would compete against each other for free passes to the next year’s World Series of Poker Main Event.

The promotion, known as the 888poker 8-Team Competition, came to an end on Day 5 of the 2018 WSOP Main Event, with all the participants having busted their chip stacks. Each team comprised of a captain, a wingman, and an online qualifier, and all three members of the winning team would win free entries into the 2019 WSOP Main Event.

No players from Team Germany and Team Sweden progressed to Day 2, which led to them being eliminated from the tournament early. Team Russia’s Arseniy Karmatskiy and Team UK’s Chris Moorman were the final players standing in the Main Event, with Karmatskiy finishing 5 ranks higher than Moorman. Moorman finished 273rd for $42,980 and his career live poker earnings are now past $5.6 million.

However, Moorman gained extra points for finishing as the chip leader among the participants on Day 3 and Day 4, which gave the team a massive bonus. He and his teammates Niall Farrell (busted on Day 1) and online qualifier Billy Chattaway (652nd position) will now each receive a $12,500 prize package to the 2019 WSOP Main Event, from 888poker.

Finishing as the chip leader on two days gave Team UK a big lead, even though Farrell busted on the very first day of the tournament. With Chattaway also finishing in the money, UK got more points as the only team to have two players finishing in the money. Keep reading GutshotMagazine.com for similar updates on the World Series of Poker and other tournaments from around the world.