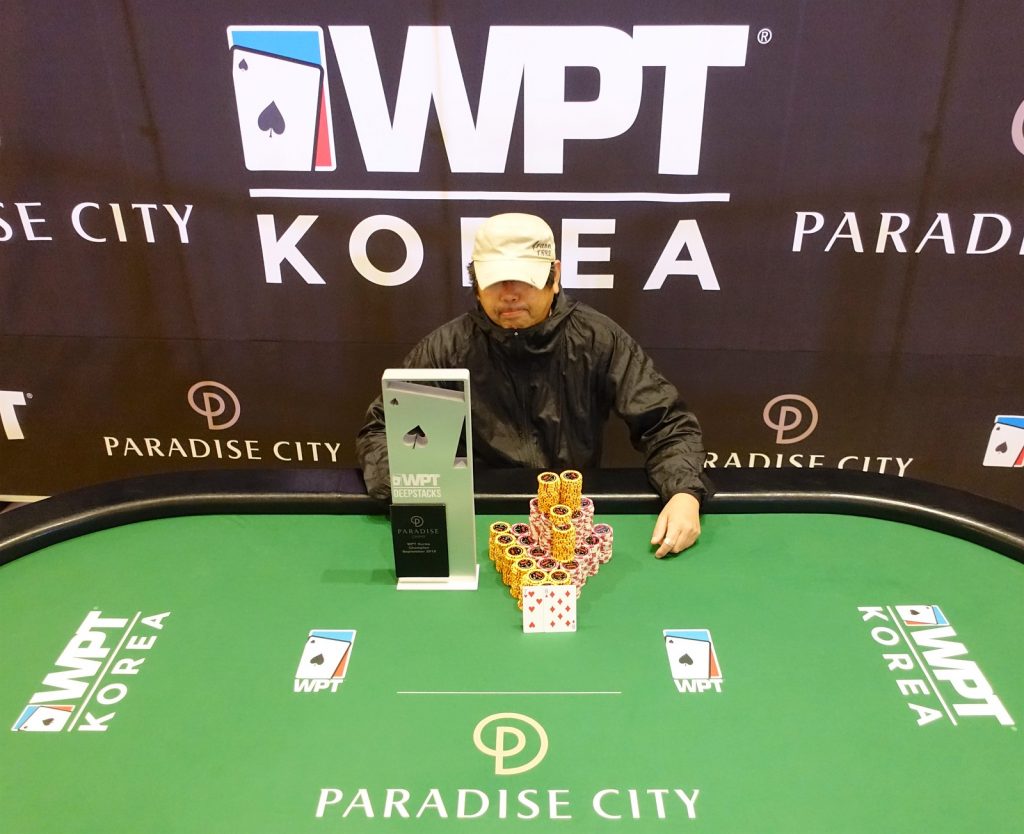 The greatest festival of the Eastern zone saw Japan’s Tadashi Takei emerging victorious in the 2019 WPT Korea Main Event, earning KRW 108,170,000, the trophy, and 100 points in the WPT Asia Wing. After witnessing an intense pressure upon the top remaining players, the event wrapped up in style.

Day 1A of the Main Event finished with Huidong Gu topping a field of 116. Eventually, a small bunch of 27 players advanced to Day 2 after surviving 13 levels. Day 1B of the event saw another 234 entries and across two starting flights, only 89 participants returned to action on Sunday, 22nd September. The day was favorable to Xu Jieming who was the chip leader.

From Day 2, only 9 players headed to the showdown. Gu eventually found himself resting in 9th position on Day 3 while Takei held his seat tightly at the 2nd position. After knocking out the remaining 7 players, Takei against Xin Liu in heads-up battle in level #32, the blinds increased to 75,000-1,50,000.

In the final hand, the turn opened 6h 4d 3h 5s, Takei moved all-in and Liu folded. Besides the trophy and prize money, the winner was also awarded POY points in the WPT Asia Pacific Players of the year race, identifying the Japanese player to be one of the top contenders.

WPT 2019 is heading to its next stop in India (October 15th– 21st) and Cambodia (November 21st – 25th) to brighten up the year before it ends. Keep reading GutshotMagazine.com for the latest updates on poker news around the world.