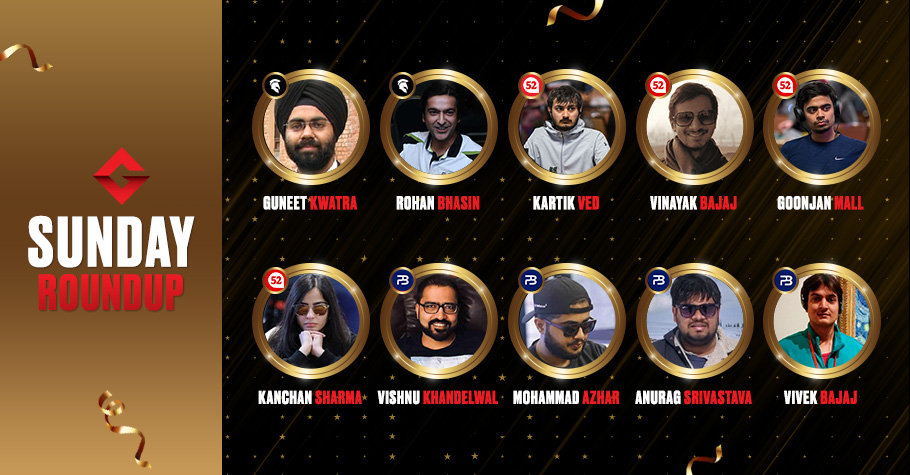 Mohammad Azhar steals the show on Sunday as he shipped the NPS Main Event and cashed an extraordinary ₹50,13,000 in prize money.

These are just the highlights, let’s dive in to know more about all the action that went down on Spartan Poker, PokerBaazi, Adda52, and PokerStars.

The Money Heist tournament on Spartan Poker is a staple event that takes place every Sunday. Last week, this tourney was shipped by Anish Arora and it was a mystery player ‘TheRealG’ who shipped the tournament and cashed ₹1,73,700. This anonymous player was followed by Atishay Samuel aka ‘momstacos’ who took home ₹1,09,440 in prize money.

This Millionaire Day 2 tournament was a ₹1 crore guarantee tournament that was shipped by Rohan Bhasin aka ‘The Sightseer’ who cashed ₹17,05,554.  The runner-up of this tournament was Sahil Mahboobani aka ‘Captain Falcon’ who took home ₹9,47,419 in prize money.

This tournament on Spartan Poker had 273 entries in total and the top 271 players were paid a min-cash of ₹9,814. Though the advertised guarantee was a whopping ₹1 crore the final prize pool stood at ₹1,00,15,000.

The Colossus tournament on Adda52 was shipped by World Series of Poker bracelet winner Kartik Ved aka ‘Pegasus1505’ who cashed a massive ₹20,67,930 in prize money. Vivek Singh aka ‘Vivek94540’ was the runner-up who cashed ₹13,77,223. The second runner-up in this tournament was Poker Bootcamp India’s co-founder, Abhishek Goindi aka ‘pomfret1989’ who took home ₹9,17,218.

ALSO READ: 4 Poker Strategies That Could Save Your Game Today

The Nano Highroller tournament on Adda52 had 494 entries in total. Poker pro Goonjan Mall aka ‘gmtesting’ shipped this tournament and won ₹3,19,329 in prize money. Mall is known for shipping high-value tournaments. We featured Goonjan Mall in our Unheard Series wherein he spoke about how he opened up to his family, how he started playing poker, and more.

Mall was followed by Akshay Asawa aka ‘Powershell’ who cashed ₹2,34,067. Asawa was followed by poker pro Gaurav Sood aka ‘gauravarod’ who took home ₹2,12,500. Sood featured on the cover of Gutshot’s January 2021 edition of e-magazine.

The poker pro who has been making headlines for the past few weeks has shipped yet another tournament. Kanchan Sharma aka ‘thandicoke’ won ₹4,23,174 in prize money. Sharma was followed by Bharat Vasan aka ‘rungooserun’ who took home ₹3,72,826.

The Sunday Special Progressive KO bounty tournament was a deal between ‘sumit1386’ and Ayush Garg aka ‘Kyanaamrakhu.’ Both the players received ₹1,33,896 in prize money for this ₹5,500 buy-in tournament. The tournament attracted 281 entries in total. The top 31 players were paid a min-cash of ₹7,352.

The National Poker Series is going full steam as more than 90 tournaments were hosted so far. The Slam Dunk tournament had 868 entries in total.  This event ended as a deal between two anonymous players ‘dipankar29’ and ‘macchi’. While the ‘dipankar29’ won ₹2,92,000 in prize money, ‘macchi’ cashed a hefty ₹3,54,000.

NPS ₹91 Sunday Marathon tournament was a ₹30 Lakh tournament but the initial guarantee was crushed and a bigger prize pool of ₹45,25,000 was formed. The winner of this tournament was poker pro Vishnu Khandelwal aka ‘violator’ who made ₹7,92,000 in prize money. 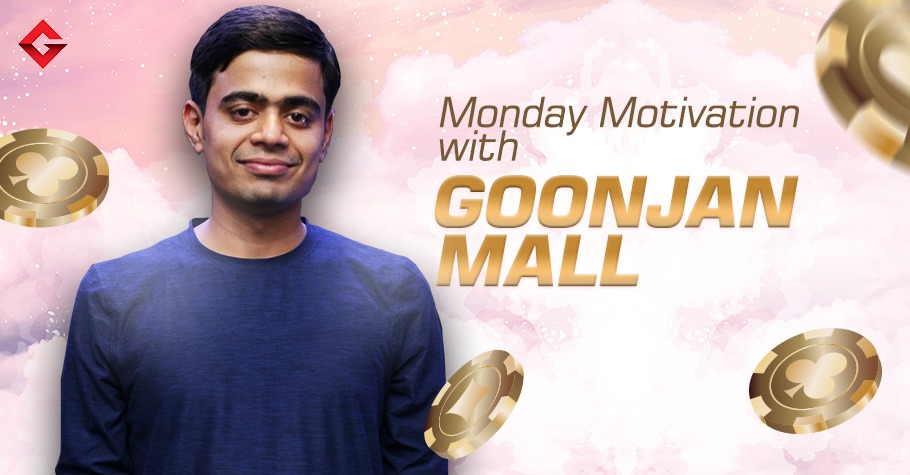 #MondayMotivation: Goonjan Mall Opens Up About ...