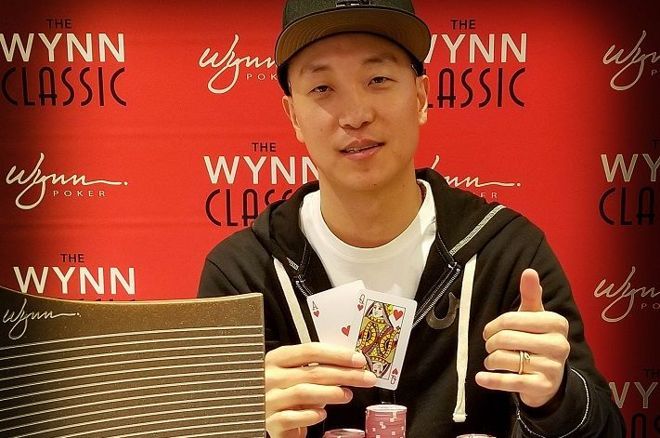 
The Wynn Las Vegas is one of the most popular casino resorts on the strip and they host regular poker tournaments throughout the year. The most recent of these was the Wynn Poker Fall Classic Championship, with the Championship Event being held between 12 and 13 October 2018.

The Main Event had a $1,600 buy-in and a massive field of 594 entries registered to play in the same, but as in most competitions, only one walks away with all the fame. The field was a US-dominated one, but there were entries from several other countries too, as the top 62 were paid out a minimum of $3,665 each.

Outlasting every other entry and claiming the Wynn Fall Classic Championship was California’s Steve Sung, who walked away with the handsome first-place pay-out of $170,550, as the pro took his live poker earnings past the $5.5 million mark. He’s not new to poker victories, having first cashed in a live poker tournament way back in 2005.

His largest poker victory was the massive $1,205,324 that he earned for shipping Event #52 of the 2013 World Series of Poker, to go with a prestigious gold bracelet. He beat countryman and good friend Joseph Cheong in heads-up, who also received a decent prize of $111,404 for runner-up. Also finishing on the FT was WSOP bracelet winner Ryan Laplante, who finished 8th for $20k.

Sung took to Twitter to declare his happiness after the victory: 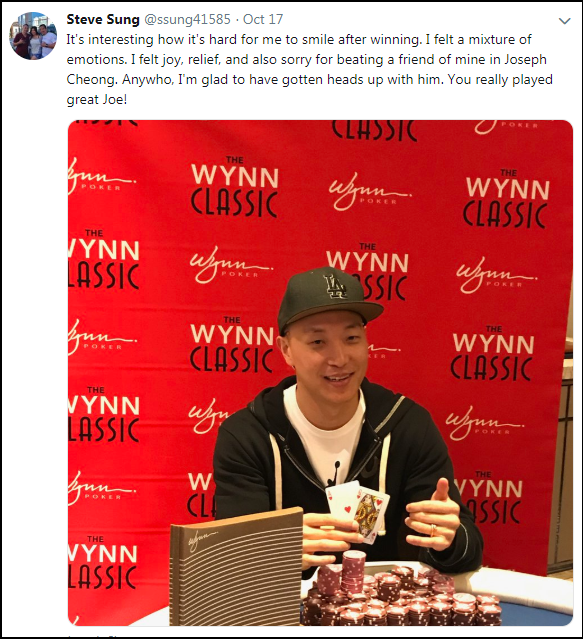 Poker tournaments take place at the Wynn Las Vegas throughout the year, with Florian Duta last winning the Wynn Summer Classic Championship in July this year. You can get all updates from these tournaments only on GutshotMagazine.com, so stay tuned.