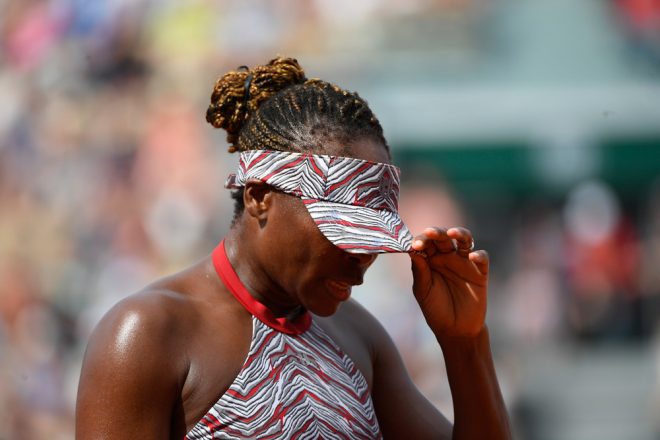 Sports fans may have been wondering what to do every evening now that the 2018 Indian Premier League has concluded, with Chennai Super Kings winning last night. However, there’s nothing to worry about as the 2018 French Open has begun and you can expect some of the best tennis action over the course of the next two weeks.

Day 2 is underway as we type this and while most results went as expected on Day 1, there were a couple of shock exits. The major upset was that of 7-time Grand Slam winner Venus Williams being knocked out by unseeded Qiang Wang of China. Williams lost in straight sets 4-6, 5-7.

The 37-year old made two grand slam finals in 2017 but has now been ousted in the 1st Round in both of 2018’s major tournaments so far. Although 2008 was the last time the elder Williams sister won a grand slam title, no one would’ve expected another 1st Round exit from the #9 seed. Wang will now play Petra Marti? in her Round 2 game and she will back herself to win that one as well.

Williams wasn’t the only one who made a shocking exit on Day 1, but there was the defending champion Jelena Ostapenko, who lost to the unseeded Kateryna Kozlova in straight sets as well. The 20-year old won her maiden grand slam title at the 2017 Roland Garros but the #5 seed clearly didn’t play like a champion yesterday.

The competition now opens up for the lower seeded and unseeded players in the women’s tournament, with two top players eliminated on the first day itself. Day 2 will be an exciting one as men’s top seed Rafael Nadal will be in action, as well as crowd favourite Maria Sharapova.