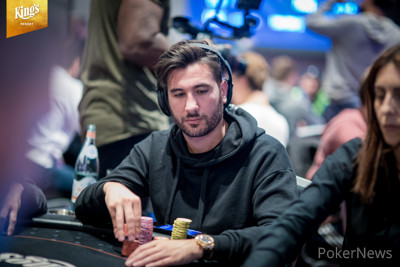 
The 2018 World Series of Poker Europe (WSOPE) has been going on for over 20 days now and there quite a few tournaments scheduled during this time, but unfortunately, we didn’t get to see too many deep runs by Indian players at the Kings Casino in Rozvadov, Czech Republic. The only possible exception was Dhawal Lachhwani making the FT in the Monster Stack Event.

Now however, is another chance and definitely the last chance for Team India to do well in the WSOP Europe series. The Main Event kicked off a few days back and after two starting flights, we reached the end of Day 2 yesterday, with Shravan Chhabria being the only Indian player still in contention.

Chhabria qualified from Day 1B and he kept up the good work on Day 2, ending with an above average stack of 239,000. Currently, 165 players remain from the original field of 534 entries and Chhabria will be looking to push on when he takes his seat at the tables later today.

Currently, the chip leader is Italy’s Dario Sammartino with a massive stack of 1,480,000, which is much higher than Chhabria’s, but the latter will be looking to chip up during the day. Chhabria qualified to fly to Europe by winning an INR 3 lakh package to WSOP Europe after shipping the Mega Satty on PokerBaazi.

The good participation led to the €5 million guarantee being passed and the first-place pay-out was set at a whopping €1,122,239 (~INR 9.38 crore), so there’s plenty of motivation for all. “I opened the button with ten-six of hearts and he three-bet me out of the big blind, I called. The flop was ten-six-two. He bet, I raised, he re-raised and I called. We got it in after an eight on the turn and I held up against kings. Lucky day and not a tough table,” chip leader Sammartino recounted his day.