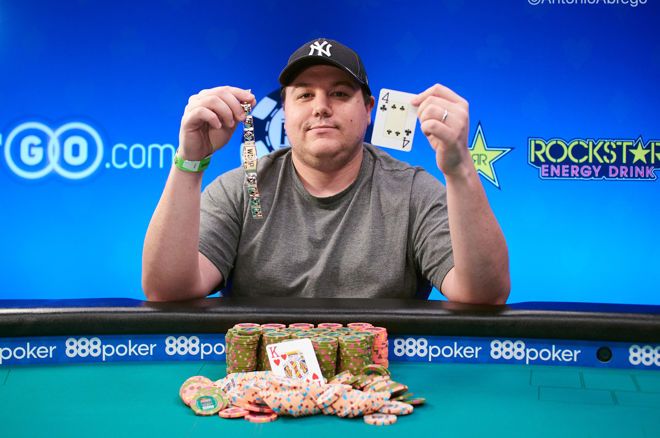 
It was another good day at the office for American poker pro Shaun Deeb, who won his fourth career WSOP bracelet and also his second bracelet of the 2018 World Series of Poker. Last month, he added $1.4 million to his bankroll by winning the $25k PLO High Roller Event.

Now, he registered to Event #74: Big Blind Antes $10,000 No-Limit Hold’em 6-Handed Championship and three days later, he shipped this tournament as well, registering his fourth bracelet and his 14th cash in the series. He won $814,179 for this effort and took his career live poker earnings to nearly $5.5 million.

It was a lengthy 3-handed battle between Deeb, Paul Volpe and Romain Lewis, with Lewis eventually hitting the rail in third place. Volpe was eliminated and took home $503,196 for second place as Deeb was crowned champion for outlasting this high-stakes field of 355 entries.

“It’s been ridiculous to win two of these high-level events. It’s not going to sink in until I’m home. This is exactly the summer that I came out to do,” he said after the win. Deeb also registered Event #75: $1,500 The Closer No-Limit Hold’em (30 minute levels) and he will be looking for a third bracelet this year as well.

“I’ve always focussed on leaderboards. It’s always been a pride of my grinding ability. This was an intense year. I still might have to go to Rozvadov because John Hennigan still has chips in the H.O.R.S.E. tournament. It’s like a boxing match. Every time I throw a jab, he counters back, and now he’s coming for first place in that horse. He’ll always be in striking distance,” he said further about his battle with Hennigan for the Play of the Year Award.

Keep reading GutshotMagazine.com for more timely updates on what’s happening at the 2018 World Series of Poker.