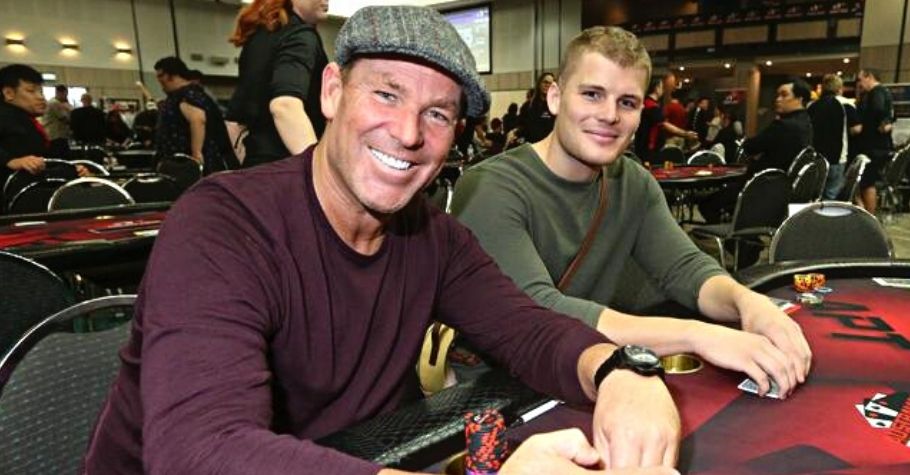 
Jackson Warne, son of cricket legend Shane Warne, had promised his late father that he would make him proud one day, so he did. Warne attended the WSOP 2022 Main Event Day 1D and has shared a post about it on his Instagram stories.

The sentiment about the same was posted by Brooke Warne, when she took to Instagram and posted about how her dad and Jackson were supposed to play side by side. She wrote, “This has been a dream of his since the time he started to play the game. I couldn’t be prouder of Jackson who will be playing today. You are going to make Dad and all of us so proud. I know that Dad will be with you in spirit all the way.” Summer Warne, 20, also posted about her father on Instagram. She wrote, “Four months today. I miss you more than anything in the world dad. Your laugh, your voice, your smile and your cuddles. Not a day goes by where I still wish this was just a nightmare. I love you, dad. I hope you’re taking it easy up there.”

Warne’s son who’s a model wrote on his Instagram that this trip to WSOP was to be the first time that he would be playing the $10,000 buy-in WSOP ME with his dad who was his best friend. The ace cricketer reportedly died of a heart attack on 4th March 2022. While most of the world knew him as an ace cricketer, and as a member of the ICC Cricket Hall of Fame, not many knew that the master spinner was a great poker player too.

He is one of the best spin bowlers in the world of cricket. Warne started playing when he was 23 and has contributed his life entirely to cricket. It is indeed heart-warming to witness Jackson fulfill his father’s wish to see his son grind at the prestigious WSOP Main Event in Las Vegas.