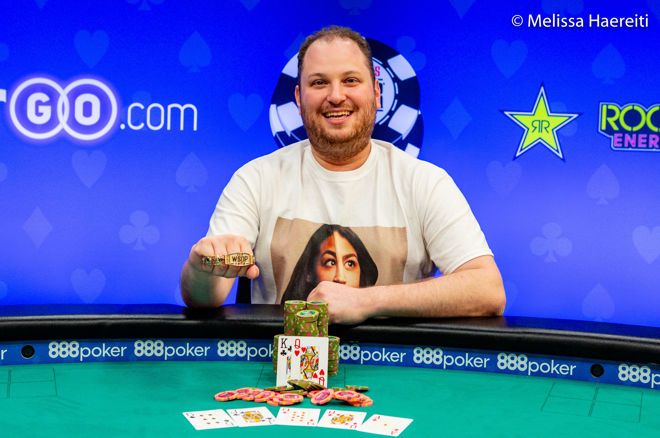 
We’ve gotten so used to new winners being crowned each day at the 2018 World Series of Poker, but Scott Seiver has put an end to that for now. The US poker pro shipped Event #52: $10,000 Limit Hold’em Championship, recording his fourth cash of this year’s WSOP series.

He beat 114 entries to take down the title and took home a handsome amount of $296,222 for first place, which was just another addition to his poker accomplishments. 18 places were paid out in the tournament with a minimum cash of $14,615 and there were quite a few known pros running deep.

With this latest win, Seiver has crossed a whopping $23.5 million in career live cashes, which includes a famous best of $5,160,000 which he earned for finishing second in the 2015 Super High Roller Bowl, losing to Brian Rast. While he hasn’t been active much of late, the 2018 WSOP has been good for him, also earlier finishing second in Event #8: $2,500 Mixed Triple Draw Lowball, for $111,516.

This was his second WSOP gold bracelet and Seiver believes that he’s achieved almost everything possible in poker, currently more attracted to cash games than tournaments. “I’ll be honest. It matters a lot to me. It really does. I feel that I’ve really accomplished most things that I’ve set out to do in poker so far and honestly, even more than that,” he said after this win.

He beat USA’s Matt Szymaszek in heads-up, who walked away with a career best live cash of $183,081. Seiver started this stage down 1:2 in chips but he eventually won, with the heads-up battle proving to be a very swingy one. He eventually picked up a big bluff and won another couple of pots to give him the lead and eventually the title.

Keep reading GutshotMagazine.com for similar updates of poker tournaments from around the world.