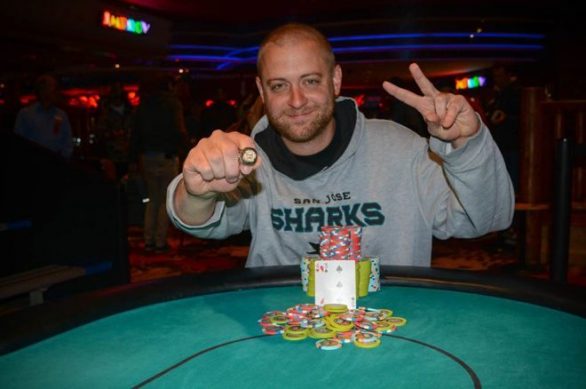 
Every poker fan across the world knows about the World Series of Poker (WSOP), the premier poker brand across the globe. You may also know about the WSOP Circuit Events, which takes place throughout the year, except for when the main WSOP series takes place in Las Vegas.

The most recent WSOP Circuit 2018/19 season was at Harvey’s Lake Tahoe Resort & Casino, Lake Tahoe. The $1,700 Main Event of this series was conducted between 2-5 November after several other side events. This Main Event attracted a total of 442 entries which created a prize pool of around $669k.

45 players shared the prize pool with a min-cash of $3,027 and from them, only one was non-American. Now, after three days of intense grinding, it was time for a winner to be declared and that winner turned out to be California’s very own Scott Sanders, who collected the winner’s prize of $147,314 (~INR 1.06 crore).

Less than a week prior to this big victory, he also won the $400 Monster Stack at the same stop, making it a very profitable one for him. His career winnings have gone past $320k and this Main Event victory is a big part of those winnings. He beat Nick Pupillo in heads-up, who finished second after also finishing second in the WSOP Circuit Hammond Main Event last month.

A total of 13 WSOP Circuit rings were given out in this stop, including the Main Event, and Sanders was the only one to win two tournaments in Lake Tahoe. The WSOP Circuit Events will continue throughout the year and you can keep reading GutshotMagazine.com for more updates on all major tournaments.