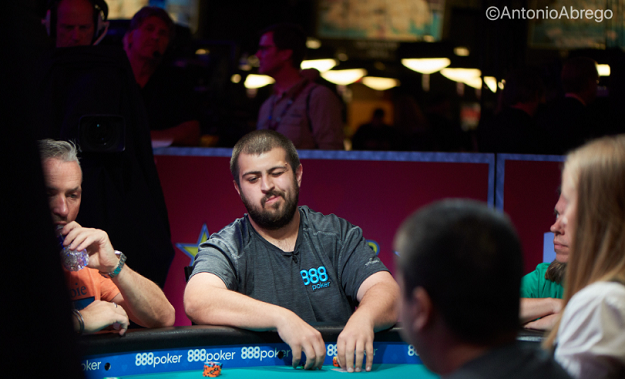 
Sometimes in poker, you may be running on a hot or lucky streak, where your winnings would turn out to be higher than your expected value. Similarly, sometimes your winnings will be lower than expected because you are having bad luck or running bad. This is simply due to ‘variance in poker’.

A simple example of this is Scott Blumstein – 2017 WSOP Main Event Champion, who defeated 7,221 entries during this time last year, to take home a life changing prize money of $8,150,000. Since then, he’s barely had 10 cashes in live poker tournaments and had only one cash in WSOP 2018 so far.

Here’s a perfect example of variance. Hero on one day, zero on the next. He participated in the 2018 WSOP Main Event and busted his stack on Day 1A, the first day of starting flights. There will be 3 days of starting flights, so we may see him back in action, but for now, he is out of contention. The likes of Felipe Ramos, Stephen Chidwick, Chance Kornuth, Brian Rast and other notable names also hit the rail. However, most of them are expected to fire more bullets in this tournament.

The WSOP Main Event is the most important and most prestigious tournament to be played at the Rio All-Suites Hotel & Casino around the year. Today, 925 entries were recorded during the day and at the end of the first starting day of this tournament, 661 survivors bagged up, ready to continue on Day 2.

American actor Kevin Pollak and comedian Ray Romano also progressed to Day 2, while Truyen Nguyen leads the chip stacks with 324,800 in chips. Scotty Nguyen, Joe McKeehen and Joe Hachem are previous Main Event champions in the mix, while India’s Aditya Sushant has progressed to Day 2 as well – 139,600 chips along with Rohan Dhawan – 112,900 chips.

We will be doing daily updates on the 2018 WSOP Main Event on GutshotMagazine.com, so stay tuned.