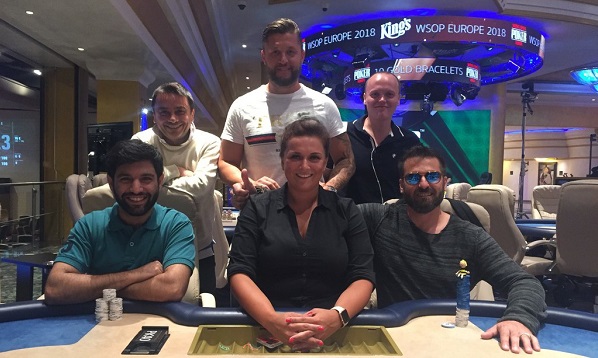 
A large Indian contingent went out to play in the inaugural The Indian Poker Series (TIPS), which was scheduled between 15-20 August at the Rozvadov Casino in Czech Republic. Quite a few low buy-in tournaments were held here to be pocket-friendly to Indian players, while the €100k GTD Main Event was the highlight of the series.

Among the many side events in the series was the TIPS Turbo Deepstack Event, which was a one-day tournament held on 17th August at the Kings Casino, which is the biggest casino in Europe. The €60 buy-in created a prize pool of €1,710, with a total of 30 players registering to the turbo tournament.

Of these, only the top 3 players were to be paid out. As per the calculated pay-outs, the first to cash was supposed to take away a prize of €342, while the top prize was set at €855 (~INR 68,500). However, when the tournament reached 5-way play, a deal was struck, which allowed all 5 players to receive an equal play out, while only playing for the trophy.

This would’ve reduced the pay-outs to the top two players, as all five players took home the same prize of €342 (~INR 27,400). From Team India, Saumil Krishnani made a very deep run in the tournament, finishing second to the eventual winner from Germany, Victor Knebusch.

From those who don’t know the player in question, Krishnani is an active player in the Indian circuit, who prefers live play over online. He was also a part of the Rajasthan Tilters team that took part in the recent edition of the Poker Sports League (PSL) on board the Deltin Royale in Goa.