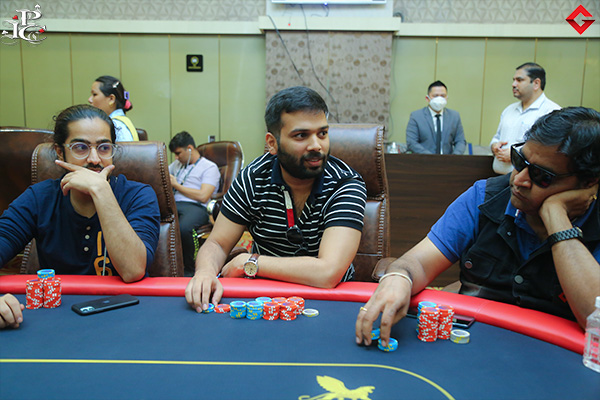 We’ve reached Level 14 of the 25K Kick-Off event and the crowd of poker players seems to be dwindling down. On Table 5 we had another bust out when Saransh Garg went all-in with 22,000 holding A ❤ 9 ♣. Umer Fayaz decided to take Garg up and called with J ♣ J ❤ . When the community cards were spread out at showdown, it was Fayaz that won the hand as he had pocket jacks and hit a pair of twos on the flop as well. Although Garg had an ace, it was no match for Fayaz’s two pairs (JJ, 22).