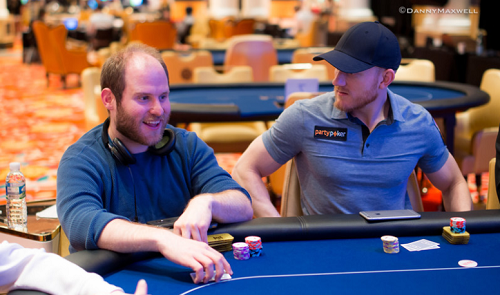 
The Triton Super High Roller Series is a poker tournament series with the highest buy-ins and as the tournament has progressed, the stakes have steadily increased as well. Yesterday, Kenneth Kee won the Short Deck Event with a massive buy-in of HKD 1 million, and now the HKD 2 million Main Event has kicked off.

The Main Event will be the final tournament of this edition of the Triton SHR Series that is taking place in Jeju, South Korea, and some of the best poker players from around the world have registered to the ME so far. A total of 42 entries have registered, with a prize pool of nearly HKD 84 million ($10 million) created and 3 levels of play still left before late registration ends.

At the end of Day 1 of this major tournament, 22 survivors have gone through and Canada’s Sam Greenwood is in pole position, bagging 865k in chips. It has been a brilliant year for him so far, recently registering his career-best score of $1,853,387 in an EPT Super Roller – his second 7-figure score of 2018.

High among the chip stacks is also 2018 Triton SHR Montenegro Main Event champion Mikita Badziakouski, who has 707k in chips while David Peters has 742k in chips, after recently having won over a million dollars in the 6-Max Event in Jeju. Other stars among the mix include Dominik Nitsche, Bryn Kenney, Stephen Chidwick, Jason Koon, Phil Ivey and others.

Day 2 of play at the Triton SHR Main Event has just begun and Greenwood bagged a big pot to begin with. Keep reading GutshotMagazine.com for a daily report on poker happenings from around the world.