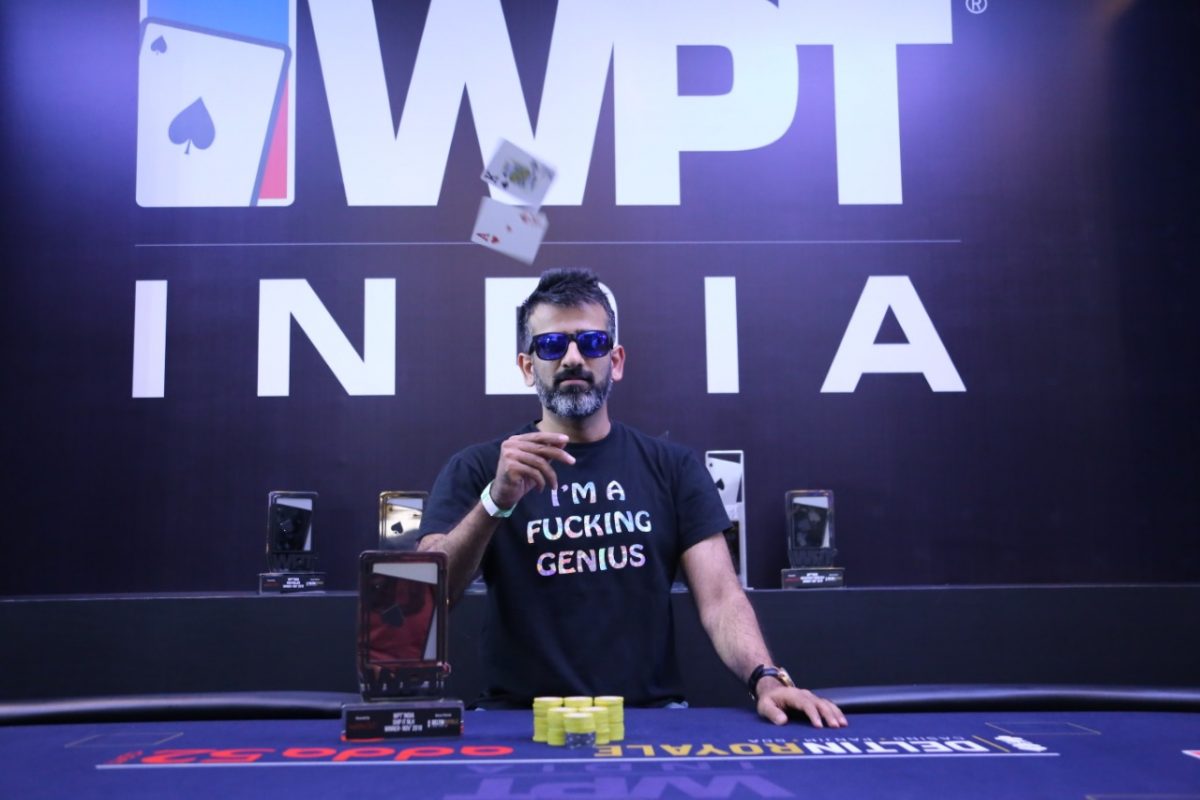 
All the attention and focus of the 2018 WPT India series has been on the record-breaking Main Event, but there have been other events taking place simultaneously. One such event was the INR 7k Ship IT Event, which was a single-day tournament that took place a couple of nights back.

Last year, Neeta Banker beat Abhishek Jalan in heads-up to ship this tournament for INR 1,32,384, and this year, there was a much bigger field participating, and thus, bigger prizes on offer. Players were allowed a re-entry only in Round 1 and not in the Final Round which kicked off at 10:30pm.

‘Shuffle-Up and Deal’ was announced and the tournament kicked off, with plenty of known players in the mix, including Mayank Jaggi, Sanjay Taneja, Anup Palod, Zarvan Tumboli, and Abhishek Jalan. Eventually, a field of 110 players sat down at 11 tables and each table had an open hand flip and one winner was declared at each table.

These 11 players then went on to the Final Round with a starting stack of 12,000 chips each and they played levels of 15 minutes each, with all 11 finishing in the money. Quite a few known players were in the mix, but Sacheen Ramchandani turned out to be the eventual winner, outlasting the field and taking away INR 2,35,000 in prize money.

As for Ramchandani, this became his second major cash and first WPT title, having also cashed out in the Colossus Event at the 2017 WSOP Europe series. In heads-up of this tournament, he played against popular pro Mayank Jaggi, who collected the runner-up prize of INR 1,41,000.

Other known players in the money also included Abhishek Jalan, last year’s runner-up, who also won the 35k Superstack Event this year.  Kalyan Chakravarthy (6th – INR 36,500) was another known pro in the mix, who cashed out in early in the tournament. Here’s a look at all those who finished in the money of the 7k Ship IT Event:

All eyes will turn to the 55k Main Event, where a record-breaking field was witnessed, and play reached the Final Table last night, with Deepak Singh holding the chip lead. Keep reading GutshotMagazine.com for more updates.