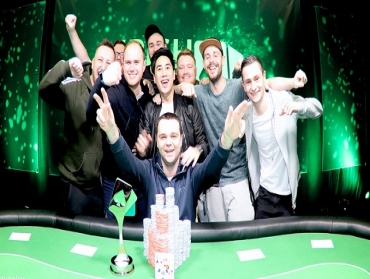 The 2018 event was shipped by United Kingdom’s Ryan Mandara, who struck a head’s up deal with Ireland’s Ferdia O’Connell, earning the title and pocketing €210,000 (~INR 1.68 crore) for the top prize. Mandara had under $100k in live poker earnings before this event, but that multiplied after this big win. The heads up deal saw €40k deducted from the winner’s original prize.

Interestingly, the runner up O’Connell bagged €180,000 for the second place after qualifying from a €0.01 buy-in satellite on partypoker, ending with an ROI of 1,799,999,900%. Imagine what a hot run that would’ve been for this poker player, who also recorded a career best live cash!

Going in to heads up, Mandara had a lead of 23 million chips, compared to O’Connell’s 17 million. The action ended when both players went all-in pre-flop on one hand. After the flop, O’Connell was in the lead with a 2-pair, but the turn saw Mandara getting a higher pair. The river card was a blank and Mandara walked away with the title and the cash prize of €210,000. His winning cards were Q-J!

Like this roundup of the 2018 Irish Poker Open, keep watching GutshotMagazine.com for regular updates on tournament results from around the world!