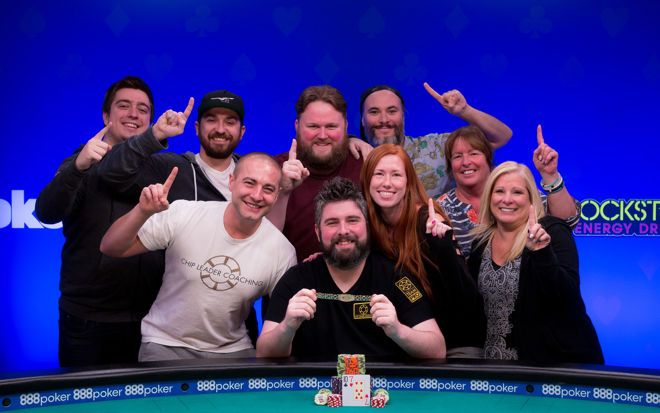 
Every day, someone new is winning at the 2018 World Series of Poker. Yesterday, Canada’s Tommy Nguyen won his first WSOP gold bracelet, by shipping the Monster Stack Event and becoming the ninth millionaire of the series. Today, USA’s Ryan Leng has won his maiden bracelet.

Leng has been a regular player in USA over the years with several titles, including a few WPT titles and a WSOP Circuit title as well. However, this would’ve been a better victory than any other in his life, becoming not only his maiden gold bracelet, but also his biggest live poker win. He shipped Event #51: $1,500 NLHE BOUNTY.

A massive field of 1,983 entries was created, which generated a prize pool of $2,677,050 and after 3 days of intense poker action, Leng emerged victorious, taking home a payday of $272,765. He defeated Estonia’s Ranno Sootia in heads-up, a poker player with experience of cashes all around the world.

Leng has worked as a coach for Chip Leader Coaching, which has improved his own skills as a poker player. “As much as I’m coaching them, I’m still learning from them a lot too. It’s awesome, probably the best thing for my poker game – becoming a coach,” he said after this win.

He went into heads-up with a 2:1 lead but it was a tough battle, with the lead going back and forth several times. “Sootla is one of the toughest players I’ve ever played against; he’s so good. So, it was just a lot of fun to have to go through someone that good to get my first bracelet,” he said of his competition.

Keep reading GutshotMagazine.com for similar updates on poker tournaments from across the globe.