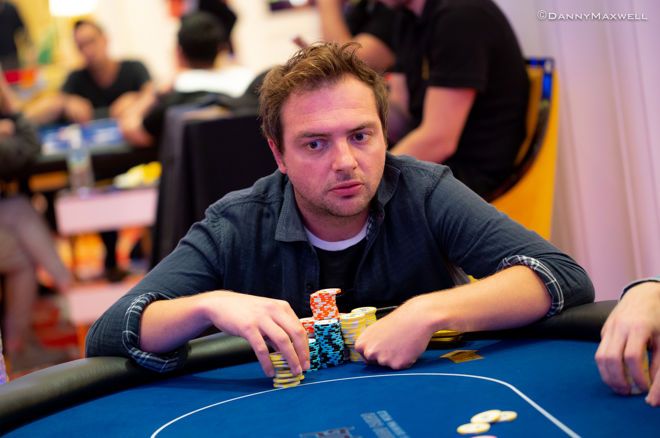 
The ongoing Triton Highroller series started last Monday and will continue till 1 August. The Main Event will begin on Monday and will last for three days but before that is the penultimate event on schedule i.e. Short Deck Ante-Only featuring a million dollar guarantee. Triton is the world’s leading Super High Roller brand, known for creating some of the  biggest and most innovative tournaments on the planet.

So this year’s event, which introduces two “Short Deck Ante-Only” hold ’em events, is likely to be another one to remember. Short Deck poker has taken the Asian poker scene by storm with its frenetic pace and gambling action. As the name implies, the game has a smaller 36-card deck with the 2s, 3s, 4s and 5s removed, and the ace doubling as a five.

Day 1 of the HK$1,000,000 Triton Hold’em (Short Deck Ante-Only) event had 44 entries taking part from which 16 players managed to survive found their way through the first six 60-minute levels. France’s Romain Arnaud managed to top the day accumulating 1.58 million chips. His bump up the counts came quite late in the day’s play when he kncoked out Gabe Patgorski courtesy of a flush. While Kenneth Kee was leading for the most past, that Patgorski hand and a couple more healthy-sized pots took Arnaud to the top of the counts by the end of proceedings.

Kee lead the charge for a big part of the day’s action. He made his stack early on and did not take his foot off the gas and kept adding to his chips to cross the 1.5 million mark eventually ending the day only just behind the Frenchman. Wai Kin Yong rounds out the top three with a stack of 1.2 million. Yong surged his stack up when he eliminated poker superstar Phil Ivey. Ivey who was in fact on his second buyin ran into Kee’s pocket Aces and his Qx Tx were no good.

Ivey might not have made it but he has some of his fellow countrymen still in the action heading into Day 2. Those include HK$1 Million Triton Hold’em Montenegro champion Jason Koon who is currently 6th in chips with a stack of over 837k. Then there’s Peter Jetten (1,169,000) and Alan Sass (1,130,000) who have been part of past Triton Hold’em events. Andrew Robl played his first event as well taking to the felt for the first time at the festival and his 610,000 stack puts him about middle of the pack. Other big names who are still in but nursing shorter stacks include Tom Dwan (386,000) and Ben Lamb (315,000) among others.

Day 2 kicks off Sunday and we will bring you all the updates on who claims the title in this penultimate Triton tournament before we head into Monday’s Triton Main Event. Keep reading GutshotMagazine.com!