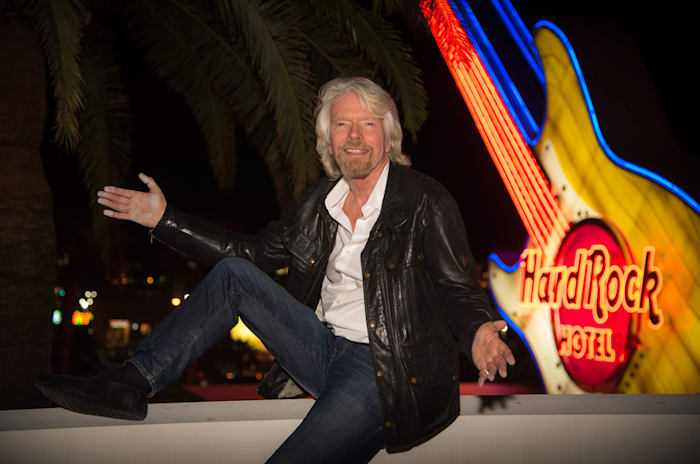 
The Hard Rock Hotel and Casino is one of the most popular casino-hotels off the Las Vegas strip in Nevada, but it will now no longer be owned by Brookfield Asset Management, following an acquisition by British businessman, investor and philanthropist Richard Branson.

The iconic property is a 23-year old one with over 1,500 rooms and suites. The purchase was completed by Branson on Friday (30th March) and the new-look hotel should be ready for launch in 2019. While renovations will be taking place over the next several months, the hotel will continue to be open for business.

Branson, 67, is the founder of the Virgin Group, which today controls over 400 companies around the world. With a net worth of over $5 billion, he is among the top ten wealthiest British billionaires. Having run several businesses under the Virgin brand including records, airlines, a wireless carrier and a commercial space venture, Branson is now entering the hotel business.

The only other Virgin Hotel opened so far is in Chicago, while many others are lined up in New York, Dallas, New Orleans, Nashville, Washington, San Francisco, Silicon Valley, Palm Springs, California, and Edinburgh. It will be a full-fledged hotel, but the casino floor will be retained. However, the name of the property will be changed to ‘Virgin Hotels Las Vegas‘.

“Virgin is all about fun, entertainment, not taking ourselves too seriously. Virgin Atlantic has had a lot of fun flying tons of people to Las Vegas from Britain for many years. Virgin America has done the same, and we wouldn’t have just come to Las Vegas unless we could’ve found the property that was very Virgin, and I think that’s what we’ve achieved,” said Branson about this takeover.

The terms of the purchase from Brookfield Asset Management were not disclosed, but Branson expressed that the iconic Hard Rock guitar may not survive and will be replaced with a huge ‘V’ of the Virgin Group. Following a news conference in Las Vegas that announced this acquisition, Branson popped open a bottle of champagne.