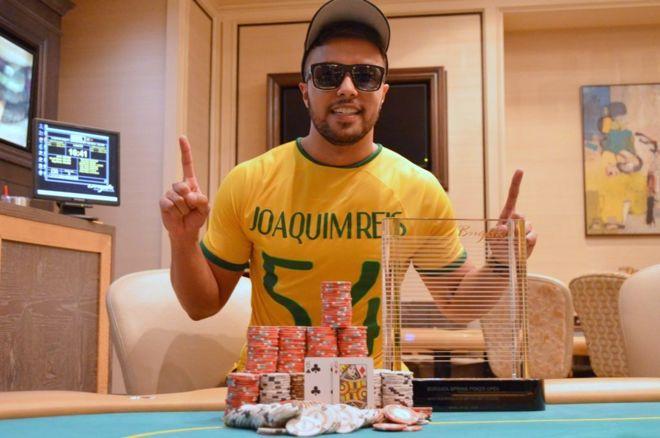 
The Borgata Spring Poker Open kicked off on 10th April at the Borgata Hotel & Casino in Atlantic City, New Jersey. The tournament series was expected to attract some of the best poker pros around Atlantic City and elsewhere, and they began with the $1 million guaranteed Deep Stack event.

With the buy-in to the event being just $600, it saw a massive field of 2,370 entries taking part and creating a total prize pool of $1,279,800. Finally, it was Brazilian poker pro ‘Rafael Francisco Marcondes Dos Reis‘ who shipped the event and took home $216,010 for the top prize.

Rafael Reis has been a part of numerous small buy-in events over the years and this became his highest ever live cash, beating the $155,642 he earned for shipping another Deep Stack event at the Rock N Roll Poker Open in 2016. With this win on Saturday night, he has taken his career live poker winnings past $800,000!

The event which had a field of over 2.3k saw the top 200 players being paid out a minimum of $1,303. Finally, Anthony Tonzelli from Pennsylvania reached heads up against Reis, and this was a phenomenal result for him. Prior to this, he had almost 10 years of experience playing in small stake events, but his highest ever live cash was an insignificant $5,160.

Tonzelli reached heads up with a huge chip deficit of 1:7 and it was only a matter of time before he was knocked out and had to collect the runners-up prize of $140k, which was still his biggest live cash by a long, long, long way. A Queen-pair is what Reis scored in what became the final hand of the tournament.

The Borgata Spring Poker Open Championship Event will begin on 22nd April and that will be a tournament to watch out for, with $1 million in guaranteed prizes. Keep an eye out on GutshotMagazine.com for all live and online poker results!