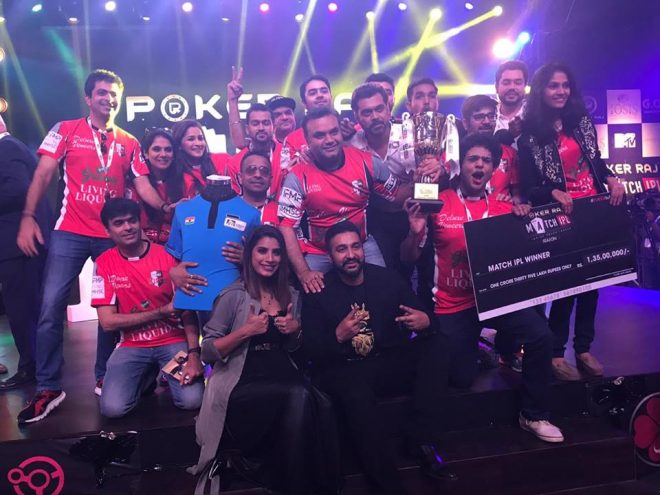 
The Match Indian Poker League (IPL) is one of India’s biggest professional poker leagues and Season 3 of this tournament came to an end yesterday at the Filmalaya Studio in Mumbai. After two days of intense Match Poker action contested between nine franchise teams, a winner was crowned last night – PUNE KINGS.

The competition was extremely intense with Haryana Hawks leading after Day 1 and leading for quite a while during Day 2 as well. However, they had a relatively poor ending to the season as they didn’t finish among the top four teams that were eventually paid out. Pune Kings on the other hand were consistent and managed to take home the trophy, plus a massive cheque of INR 1.35 crore.

The team was led by Gaurav Gala and featured many other known poker pros like Tanmay Bagga, Suchi Chamaria, Rubin Labroo, Akash Shekhar and Akshay Nasa. Owner of the Match IPL, Raj Kundra was also present throughout both days and he hosted a glamourous party for the players after the event ended. 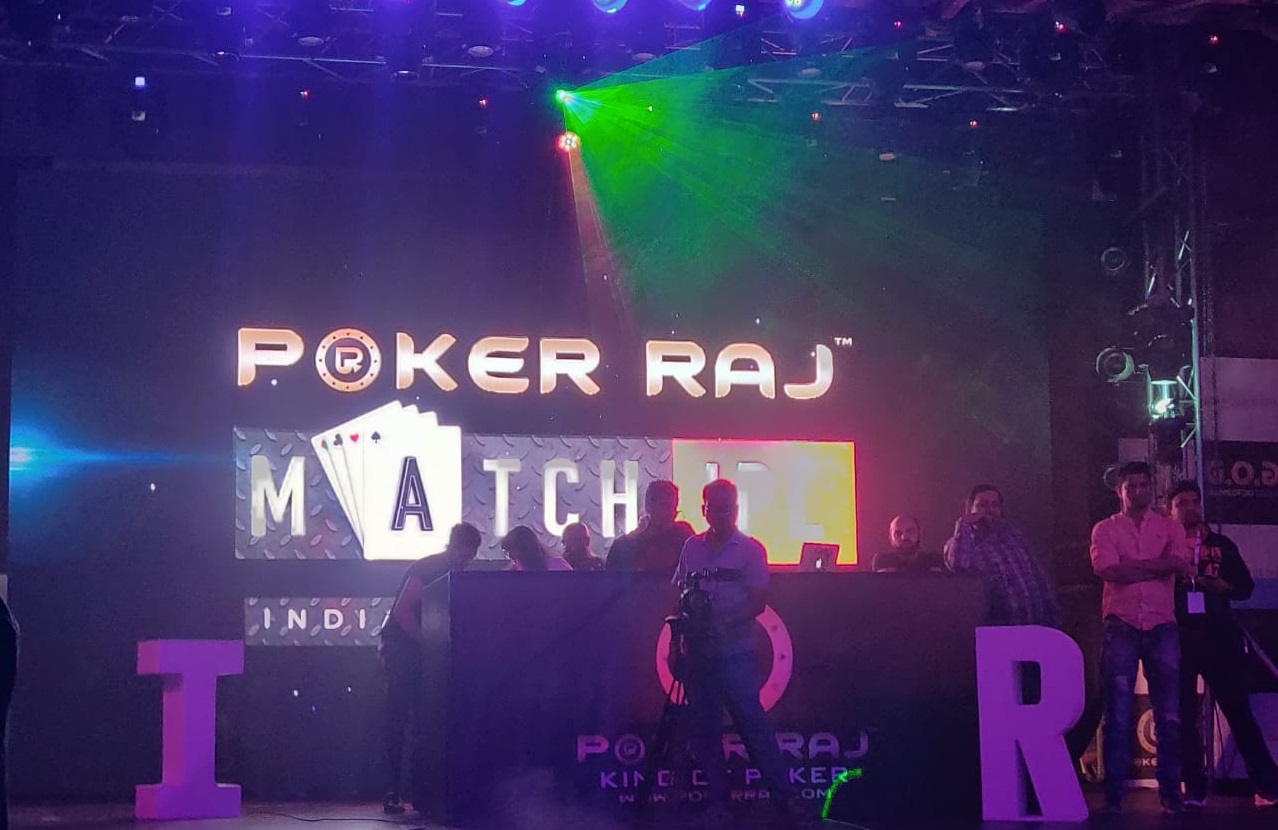 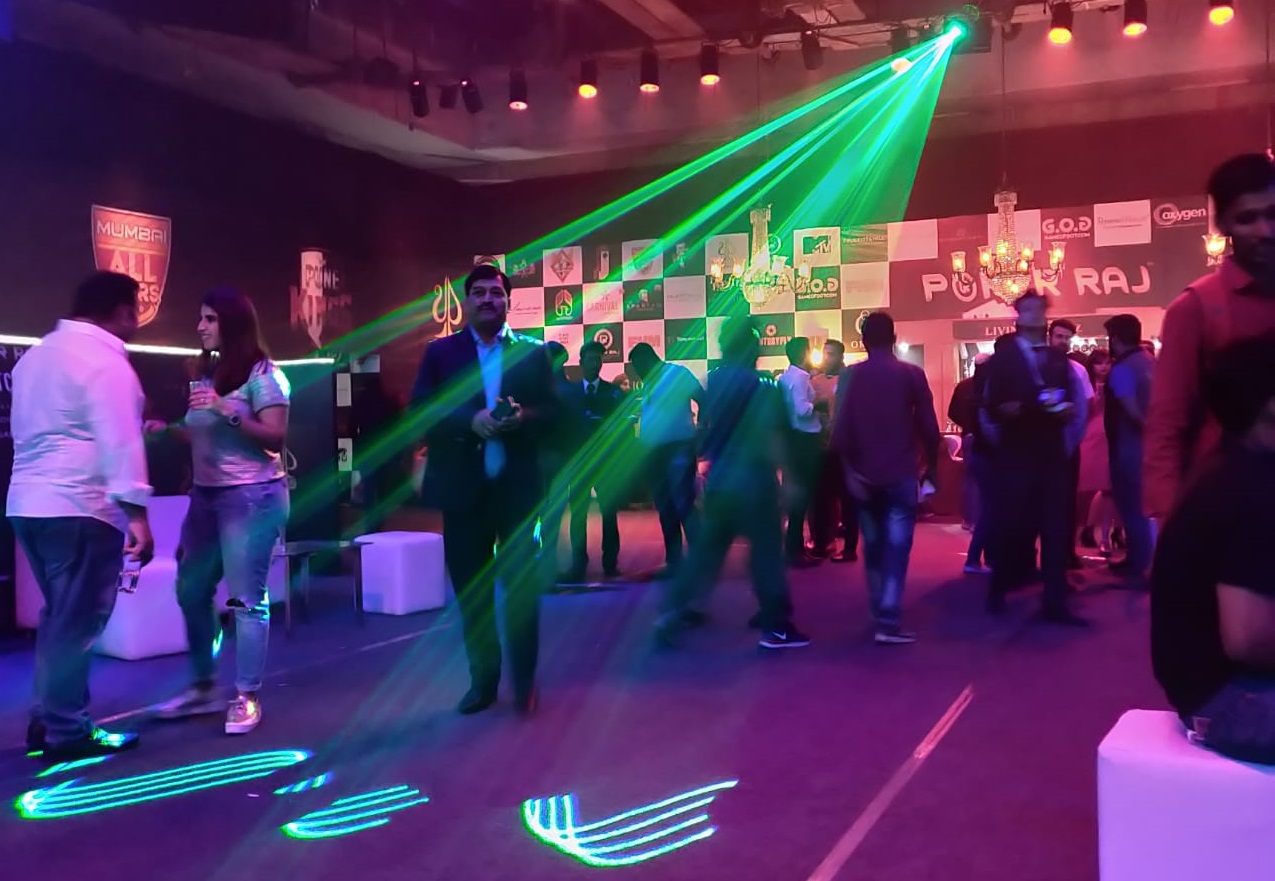 Gutshot was present when the Pune Kings were crowned champions. We caught up with Moksh Sani, owner of the franchise and asked him about the experience. He said, “It was an amazing experience. This was the third season and every season has got better and better. I’ve been involved in all three seasons so far and this season was easily one of the best. Our team too was much, much better. We improved our game, improved our players too.”

Talking about how the league has improved, Sani said, “It has all evolved. Initially, it was like a hobby for us, but then we got more involved. We picked up the right players and learnt the game ourselves.” On a parting note, he added, “I think poker is actually a sport and it’s high time people realized and recognized it. It’s a great sport and we should have more tournaments like this taking place.”

He said, “The league was fantastic. We’ve completed the third season now and that speaks volumes. This time, almost every team hand a bunch of brand sponsorships and associations. Overall, the event was organized fantastically well, and the software worked like magic. I think we all enjoyed ourselves a lot.” 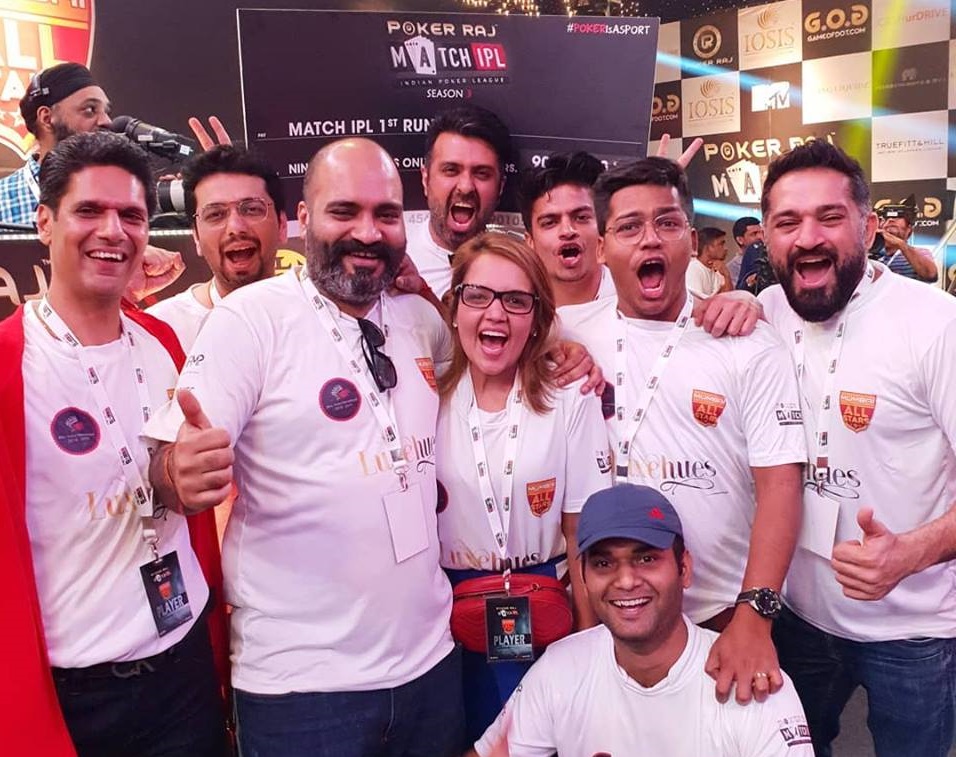 Talking about the evolution of the Match IPL, Baweja said, “I think the format is getting more mature and the software was much better. The atmosphere was much more competitive this time since most of us know the format which helps to take it to the next level. All of these things add up to make a great competition and I think the competition is going to get tougher and tougher as we move ahead.”

The bottom three teams were eliminated and the final six continued to play it out till the end. Eventually, the Bangalore Royals team finished in third place, while Delhi Aces finished in fourth, receiving cash prizes of INR 65 lakh and INR 50 lakh respectively. Here’s a look at the full standings: 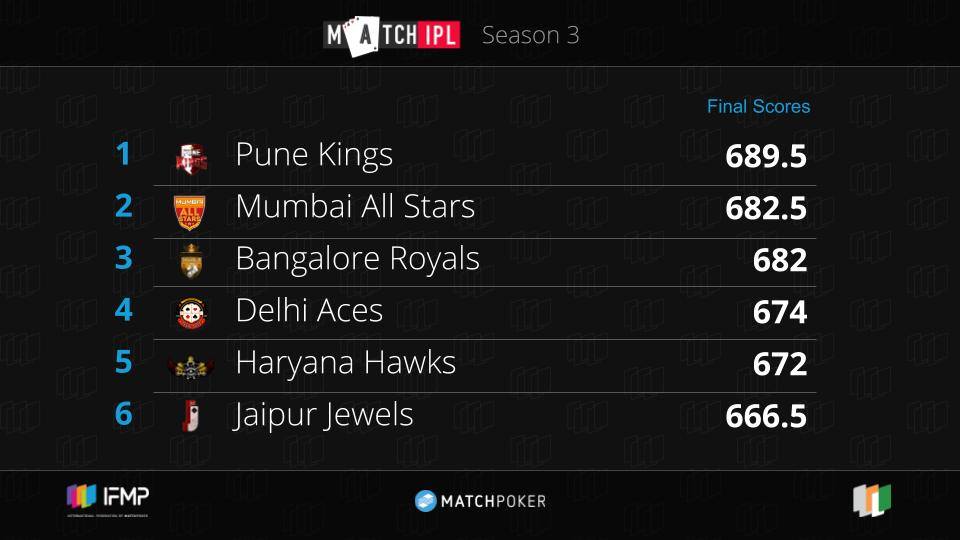 Overall, it was a fantastic event that turned out to be the most successful one in the short history of the Match IPL so far. Hopefully, we get to see bigger and better tournaments in the months to come, which will be brilliant for the sport of poker in our country. Keep reading GutshotMagazine.com for all similar poker updates from around India.