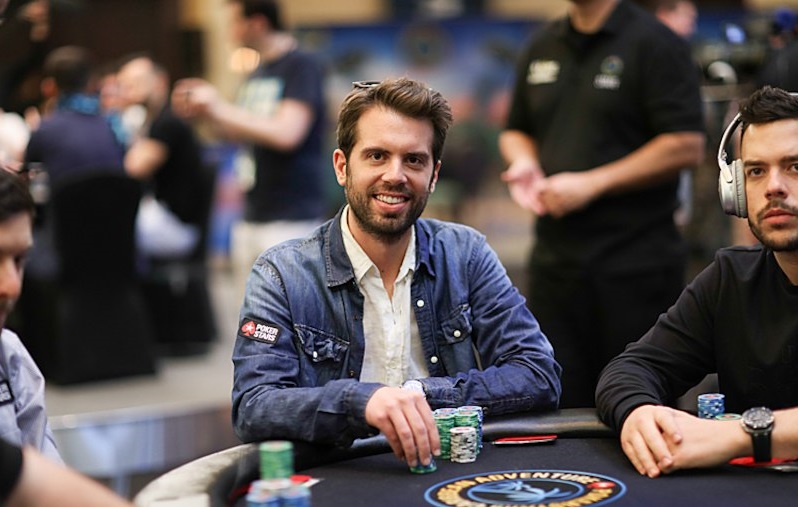 
Poker community’s biggest hero of 2019 is undoubtedly Ramon Colillas. The Spanish pro won the much hyped PokerStars Players Championship (PSPC) for a whopping $5.1 million. What’s more impressive is that he had won a Platinum Pass for the event and had a free entry into the tournament. He made his almost zero investment into a hefty payday and earned huge respect from millions of poker enthusiasts from around the world. 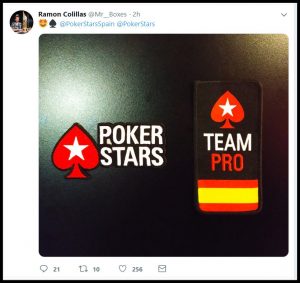 PokerStars had also tweeted about Colillas joining their team. Now 30, Colillas is a university student from Barcelona and had won his PSPC Pass by topping a local leaderboard. “I have fulfilled another dream. Champion of Spain, champion of PSPC and now representative of the best poker room. Can you ask for more?” said Colillas after joining PokerStars. 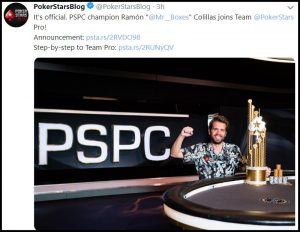 He will now sit beside legends like Daniel Negreanu and Chris Moneymaker as PokerStars Ambassadors. Colillas is now termed as the ‘Moneymaker from Spain’ after Chris Moneymaker had made a similar win of $2.3 million at the 2003 WSOP Main Event by winning a $86 PokerStars online satellite.

Colillas added, “I am honored to join Daniel, Chris and all the members of Team PokerStars who I have admired as a fan for a very long time. This journey has been a dream come true for me and I hope that I can inspire people the way that I’ve been inspired. Winning the PSPC was thrilling and has changed my life.”

Colillas had emerged victorious in the PSPC after beating 1,039 players in January. He won the enormous cash prize out of the $26+ million prize pool that was created. There were a total of around 320 Platinum Passes awarded through 2018, which was worth $30k each. 8 Indians had also earned the coveted Pass and had a chance to witness the tournament.

Eric Hollreiser, PokerStars Director of Marketing, also added, “Ramón’s journey is the stuff of legends and his humility, spirit and personality perfectly reflect the aspirations we see among young poker players around the world. Ramón is a great representative of the next generation of poker players and we’re delighted to welcome him as an ambassador for PokerStars.”

“I know I am going to be the centre of attention and the rest of the players at the table will know me. That gives me a little bit more pressure, but it will motivate me to learn to adapt, ” said Colillas. He will, of course, get support from other PokerStars stable members and will look forward to the partnership. Keep reading GutshotMagazine.com for more similar news updates from around the world and for general poker news.