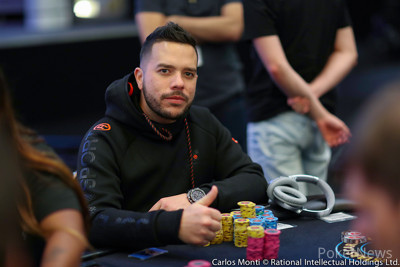 
It was always going to be a tough time for everyone playing in the 2019 PSPC Bahamas tournament, given the fact that hundreds of the world’s best players were a part of the field. Yesterday, it officially became the world’s largest $25k buy-in poker tournament, with 1,000+ entries joining the tournament.

On Day 2, registration was on for a while and this number ended at 1,039 entries, which a humongous prize pool of $26,455,500 being recorded. Colombia’s Farid Jattin ended as the chip leader after Day 2, leading the final 207 players with a towering stack of 921,000 chips bagged at the end of day’s play.

India went into the tournament with high hopes, with eight winning $30,000 Platinum Passes each from PokerStars. However, unfortunately, all of them were out of contention by the end of Day 2. Raman Gujral, Saurabh Sindhwani, Aditya Agarwal, Sharad Rao, Vivek Singh, Aneesh Nair, and Nikhil Segel all enjoyed good runs but couldn’t make it to Day 3 of this prestigious tournament.

The current chip leader Jattin has live cashes of $2.9 million in his career so far and a finish in the top 13 or higher would guarantee him a new career-best score, passing his previous of $243k. Behind him is the very well-known and talented Italian pro Mustapha Kanit, who has over $11.3 million in live cashes and currently has a stack of 888k chips.

Tomorrow on Day 3, the money bubble will soon be approached, with 181 spots guaranteed a pay-out of a minimum of $25,450 each. GutshotMagazine.com will continue to follow the 2019 PSPC Bahamas, so stay tuned for latest updates.