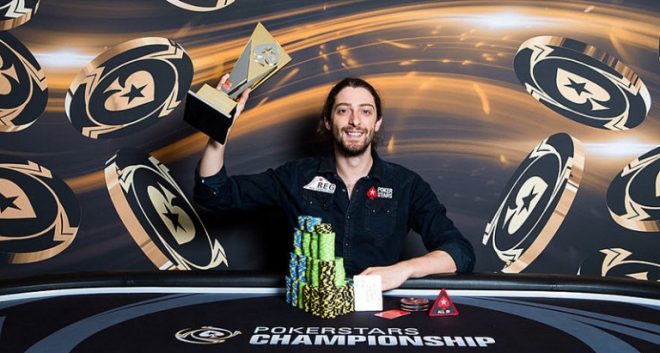 
Igor Kurganov has won the 2017 PokerStars Championship Barcelona €50,000 super high roller, defeating a field of 86 total entries to win his tenth career live tournament title for €1,084,100 (INR 8.17 crores). This was the fourth seven-figure tournament score of his career.

“It’s incredible! I’m so happy!” said Kurganov. “It was relatively simple today. I won the first three, four hands in a row and immediately became the chip leader… I think I was leading all the way except for about 20 minutes.”